Improving the quality of public decisions through participatory democracy mechanisms

From the Nariño Government, thanks to the implementation of an exercise of political innovation known as New Government which is centred around three pillars: Open Government, Social Innovation and Collaborative Economy, we have developed various strategies and tools that take as their axis for action citizen participation and the commons. The materialisation of these principles of governance in the territory takes place through strategies such as Gana Municipales, which forms part of one of the tools of GANA, Open Governance of Nariño.

Gana Municipales is a strategy for participatory budgeting. The Government presented for the consideration of citizens a set of projects, called standard projects, that emerged from the diagnosis made of the needs of the province, furthemore articulating the subregional agreements established with the communities as well as the goals contained in the Development Participation Plan “Nariño, Heart of the World 2016 - 2019”, a Plan that was constructed with the collaboration of over 40 thousand people, an unprecedented event in Colombia.

The strategy sought for it to be the communities themselves, with a basis in their local needs, who chose from between these 12 proposals, in the case of the municipalities, and 18 for Gana Pasto, which were those of the greatest relevance for their collective interests in areas of: health, culture, tourism, education, agriculture, risk management, environment, sport and social inclusion. For its part, the assignment of resources was made taking into account the propulation and those basic needs unsatisfied.

A component that marked the implementation of the Gana Municipales was work in the territory, thus the Governor of Nariño together with his government team, in other words, his public servants on a management level: secretaries, sub secretaries, managers and advisers, travelled to each of the municipalities where the strategy took place.

To select the projects a democratic exercise was held during a day of voting in each of the municipalities visited. For this, the Government developed a virtual platform for binding decision-making, which functions as a local network, therefore no connection to the Internet is needed, which enabled the session to be held even in more remote parts of the province where connectivity was not available. This software enables knowledge in real time of the progress and results of the voting. All the citizens of the municipalities aged over 18 years can exercise their right to vote by presenting their national identity card.

This strategy permitted inclusion, empowerment and widespread citizen participation. The exercise required citizens first of all to draw up a prioritisation of their needs, subsequently to choose the project that could respond to that prioritisation and thirdly, to exercise their right to choose. This last component enabled a sound decision to be made by the administration with regard to the needs of communities, obeying a citizens’ mandate and not the interests of private individuals.

Gana Municipales is a strategy that reached 58 of the 64 municipalities in the province of Nariño, with a Gana also implemented in the City of Pasto, making a total of 59 municipalities. The 10 towns and 17 villages in Pasto were reached. A total of 113 thousand people took part in the strategy. Moreover, it was possible to prioritise projects in all areas in accordance with the context and needs of each of the municipalities and population groups. It is worth noting that projects such as Vientos del Sur, which strengthens with a supply of musical instruments and training processes the music schools of the municipalities, would not have been possible without the strategy, everybody is aware that culture is not a priority in public investment issues. Moreover, it is important to highlight that within the Public Policy of Open Government of Nariño, which is unique in its genre in Colombia, the conducting of these exercises is contemplated thanks to their impact.

The municipalities not included in the strategy, thanks to the subregional agreements had another strategy known as Ciudades Capitales.

In the experience it is possible to highlight elements that are innovative, not only because of their unprecedented nature but because of the impact that they caused in the community: 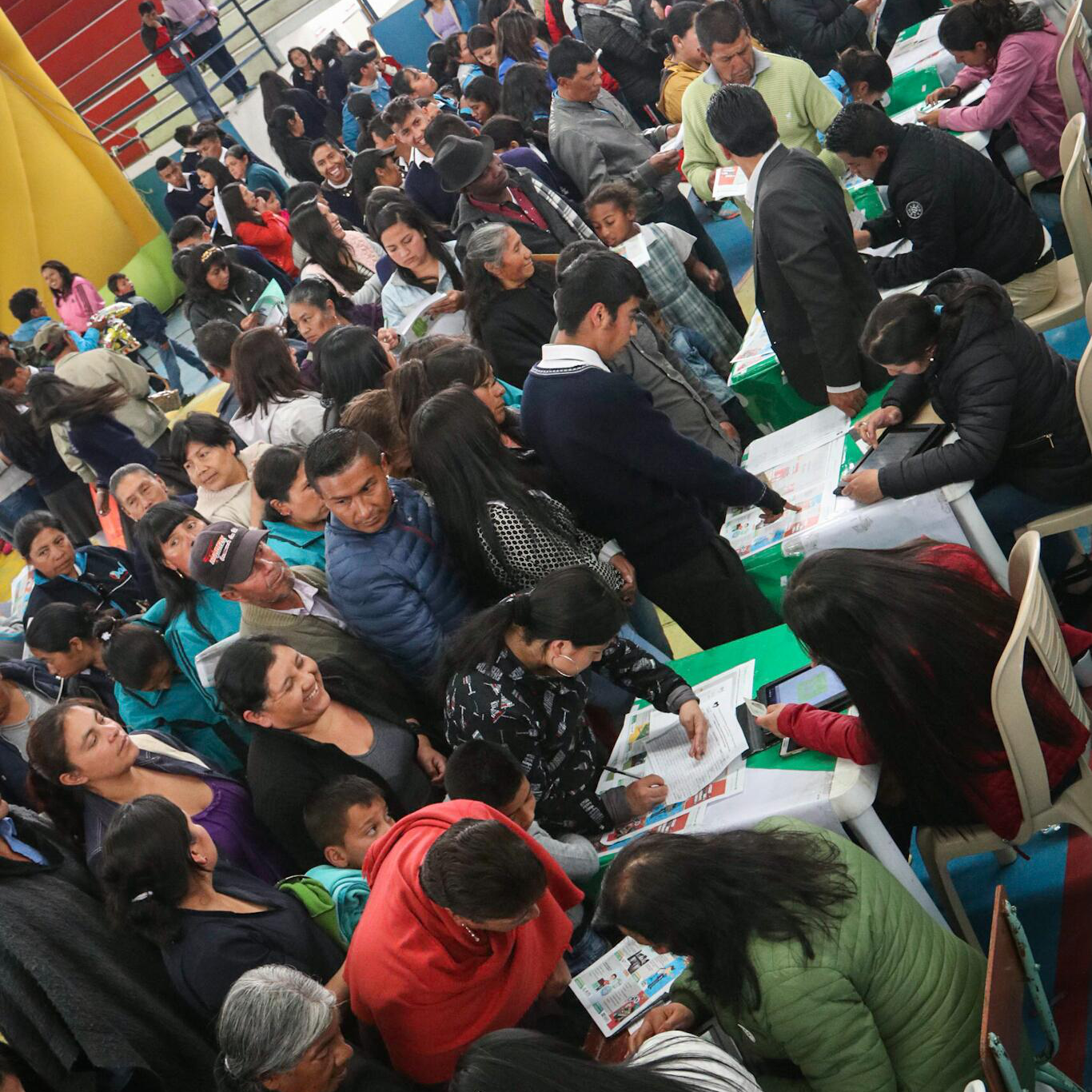 The Gana Municipales exercise was consulted by various territorial agencies in Colombia for replicability, for example the Government of Boyacá. All the components of the technological development carried out by the Government of Nariño are open-source code, therefore the platform is available to citizens. Moreover, a precedent has been set for the development of an exercising of public administration where people and the commons play a leading role. It has been possible to generate learning communities around the participatory budgets and for citizen participation as such, which in essence is the soul of this strategy, which forms part of the pillar of Open Government, implemented by the administration of Camilo Romero, Governor of Nariño for the period 2016-2019.

Within the key elements to be taken into account for replicability, the following can be highlighted: the way of taking the exercising of government to the territory through direct contact with the communities, the rendering of accounts, open source code in the design of the platform and the methodological process of the entire strategy.

Gana Municipales is a strategy that permitted the development of an open and direct exercise in citizen participation. Nariño is a territory marked by the absence of the State, a province that historically has been isolated, however from the proposal of this provincial administration and through its Development Plan, which materialised in specific actions such as Gana Municipales, it has been possible to defend the right that citizens have of contributing towards the development of their communities. Citizen participation has been the central pillar of this exercise and of this government, giving a voice and a vote to people, in other words, involving them in the decision-making process. However, overcoming the problems of the province of Nariño requires the articulation and involvement of different actors and the help of citizens as they exceed the whole capacity of the State. For this reason, opening the door to citizen participation and, in this specific case, to the participatory budget, is a way of strengthening the decision-making process, “leading by obeying”. 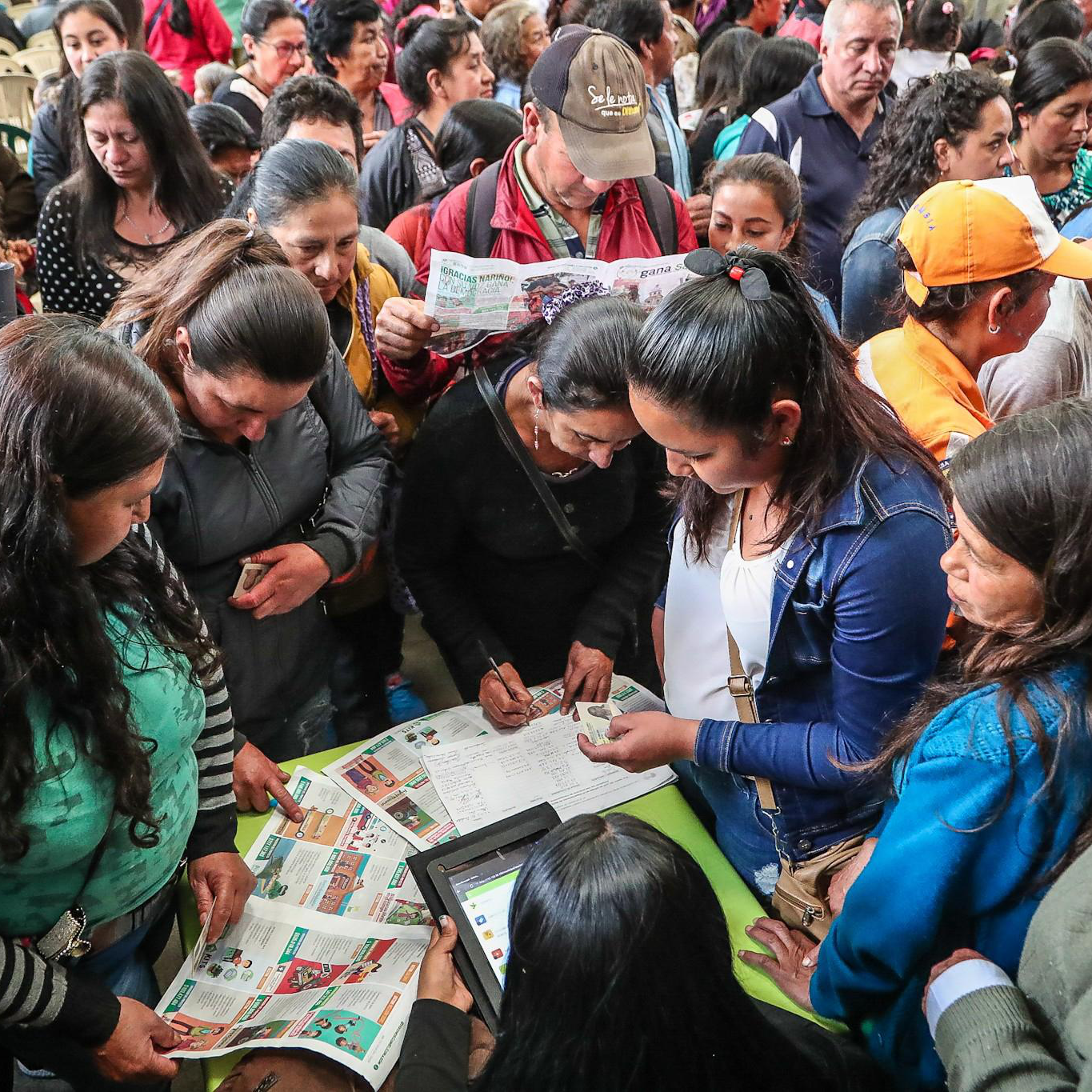 To implement Gana Municipales in the municipalities, first and foremost it required an educational exercise in the communities, prior to the day of voting. The Government of Nariño has some professionals known as “liaison officers” around the whole territory who were entrusted in the first instance of calling on leaders, organisations, citizens and mayors. This with the goal of disseminating, socialising and raising awareness of the importance of participation of all people in the process. From each one of the Government departments the call was also strengthened through the working committees with organised civil society, the trade guilds and different sectors: population groups: indigenous peoples, Afro Americans, rural peasants. The goal of guaranteeing that each and every one of them is aware of the process and exercises their right to decide which were the priority or priorities for their community was covered by this exercise in participatory budgeting.

The result is the major participation obtained in the voting days, people fo different ages, social condition or geographic position took part, as already mentioned over 113 thousand people across the territory exercised their right. Thanks to this the Government of Nariño is classed as the most participatory in the history of the country and it is necessary to highlight that the projects selected gave a response to this collaborative work that was woven in the territories, overcoming the interests of the mayor himself or the preferences of the governor.

Organised citizens’ groups, social leaders, mayors and public servants had a very important role during the process as they were, first and foremost, responsible for disseminating and replicating the call to participate. They also fulfilled the role of facilitators and motivators for the citizens to vote

In the case of Government public servants, the secretaries, directors and managers also played a role of socialisers and motivators, given that each project helps to fulfil the goals of the Development Plan, it is important to remember that this strategy and the projects that are placed at the disposal of citizens to be chosen, have a basis in the goals of this Plan.

For their part, citizens also play a role of overseeing. This applies to the educational process, during the voting and the monitoring for the execution of the project. With this exercise it was possible motivate citizen empowerment, generating co-responsibility, citizens as guardians and guarantors of the transparency of the exercise.

To ensure rendering of accounts and monitoring of the process, the Government of Narió designed firstly a platform that stores all the information on the project, https://ganamunicipales.xn--nario-rta.gov.co/. There it is possible to find: videos summarising each of the days, the projects selected with the respective votes, the meeting minutes and a pool of photographs.

However, to carry out monitoring of the execution and development of the projects the Government of Nariño, within the GANA Open Government pillar, has designed various platforms for citizens to be able to exercise control and oversight. Among them Gana Control, which is a portal that provides knowledge of everything related with the resources that the province has. Through this platform, citizens can find out how much money there is, who secured the contracts, what the procurement mechanism was, among other data. https://ganacontrol.xn--nario-rta.gov.co/

Equally, a mechanism for ongoing rendering of accounts exists, for this a weekly report is produced by the Governor that is broadcast by different media and two websites, Busco Hechos (I’m looking for actions) and Lo Estamos Haciendo (We’re getting it done) which are websites enabling consultation on the actions of the government and each of its public servants.

Government has presented already its rendering of accounts of the strategy to the Provincial Assembly which is the territorial organisation entrusted with carrying out political control of the Government’s actions. We attach a PDF document to the email.

Finally, all citizens can consult directly with the offices of the Planning Secretary of the Department the advancement and state of the projects selected.

On the website https://gana.xn--nario-rta.gov.co/ are all the tools designed by GANA.