Interactive platform for the monitoring of commitments between citizens and public organisations: COLIBRÍ.

The platform adopted the name COLIBRÍ (hummingbird) because there is a popular belief in Bogotá/Colombia according to which “when a hummingbird appears a promise is fulfilled”. This is the goal that the platform wants to achieve, that every commitment registered in it be a fulfilled promise to citizens.

According to Latinobarómetro (2018), only 22% of citizens in Latin America have trust in the public institutions. Countries such as Brazil (7%), El Salvador (10%), Peru (13%), Guatemala (15%) and Mexico (16%) register the lowest levels of institutional confidence. Colombia, for its part, stands at the average of the countries of Latin America (22%), facing a very big challenge in the strengthening of citizen confidence in the state institutions. This challenge, within the context of a city such as Bogotá, increases when 86% of citizens consider that over half of public servants are corrupt and only 15% trust the city’s government (Corpovisionarios, 2018).

In this sense, the District Citizens’ Oversight Committee with the aim of helping to overcome the challenges that the city has against the low levels of institutional trust and non-fulfilment of commitments that public institutions and citizens agree in spaces for participation, designed and implemented a methodology to carry out monitoring of the commitments that communities and public agencies establish in spaces for citizen participation, whose goal is to strengthen access to public information, ongoing accountability and social control in the city.

Within the methodology designed by the District Citizens’ Oversight Committee, is the interactive platform for the monitoring of commitments between citizens and public agencies called “COLIBRÍ”, which is an instrument that administrates and monitors the commitments agreed by public agencies and citizens. This is an interactive platform that connects different citizen participation tools within a single ecosystem of participatory democracy. COLIBRÍ groups together in a single place the commitments agreed by public organisations and citizens in different organised and non-organised citizens’ participation spaces.

Within the COLIBRÍ platform all the citizens and all the public agencies interested can consult the commitments that are being generated in the city. These commitments can be checked by simple filters such as the name of the organisation, government sector, issues, specific geo-referenced points in Bogotá.

The application of the interactive platform for the monitoring of commitments between citizens and public agencies COLIBRÍ has reached its main goal insofar as it has achieved: 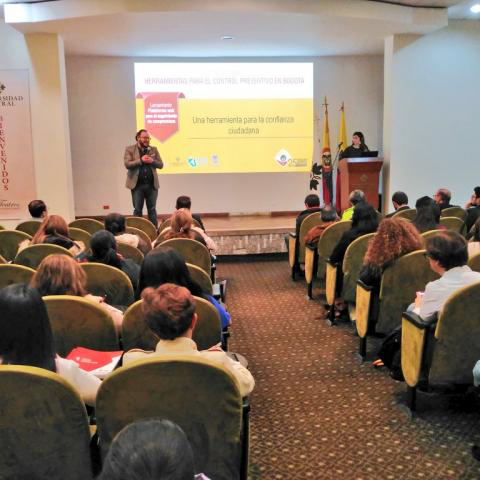 In this case, COLIBRÍ enables citizens to identify the exact location of the commitments that the public agencies are agreeing with communities in the city. In the same way, the government of the city and the public agencies can identify the concentration of actions that are being implemented in a territory to attend to disputes or problems, as well as identify the areas of the city where not actions are being established, or the commitments agreed with the communities are not being fulfilled. 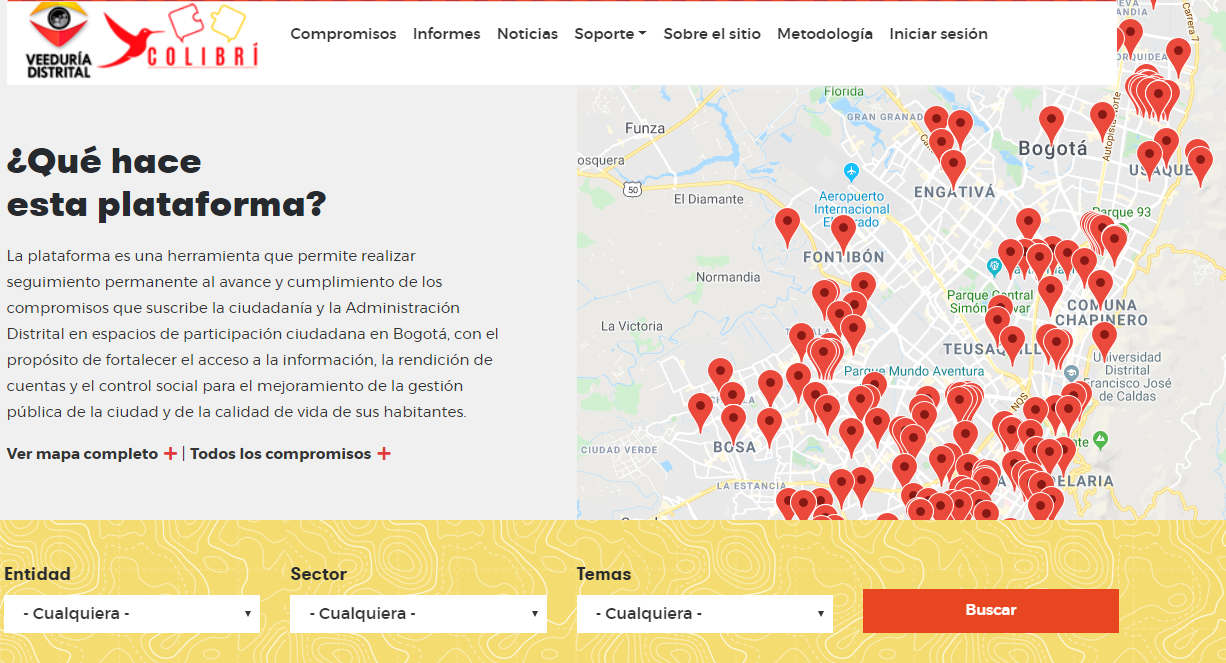 The COLIBRÍ platform is transferable to other cities, territories and organisations with many possibilities for success sin its application due to the following elements:

Any city, territory or organisation interested in accessing the information to transfer the knowledge of the COLIBRÍ platform must take into account the following elements:

From the design of the COLIBRÍ platform the following elements were taken into account:

The experience was articulated with different simultaneous and pre-existing actors and processes. This articulation was developed as follows: