Whole of the territory

Improving the quality of public decisions through participatory democracy mechanisms

The Planning of Local Development and the Participatory Budget as an experience has developed different methodologies, it has now been possible to implement new tools or mechanisms that permit qualification of decision-making on local development and expanding the collective reflection on the needs of territories. Planning Councils enable the meeting of development interests promoting democratic debate on local management and the implementation of technological tools, specifically virtual voting has expanded the possibility of participating in decision-making to audiences who previously were removed from the process such as young people.

Channels for dialogue on local development with the creation of 21 Town and Village Councils for Planning.

Both exercises have qualified and expanded participation and decision-making on public resource investment at a local level. 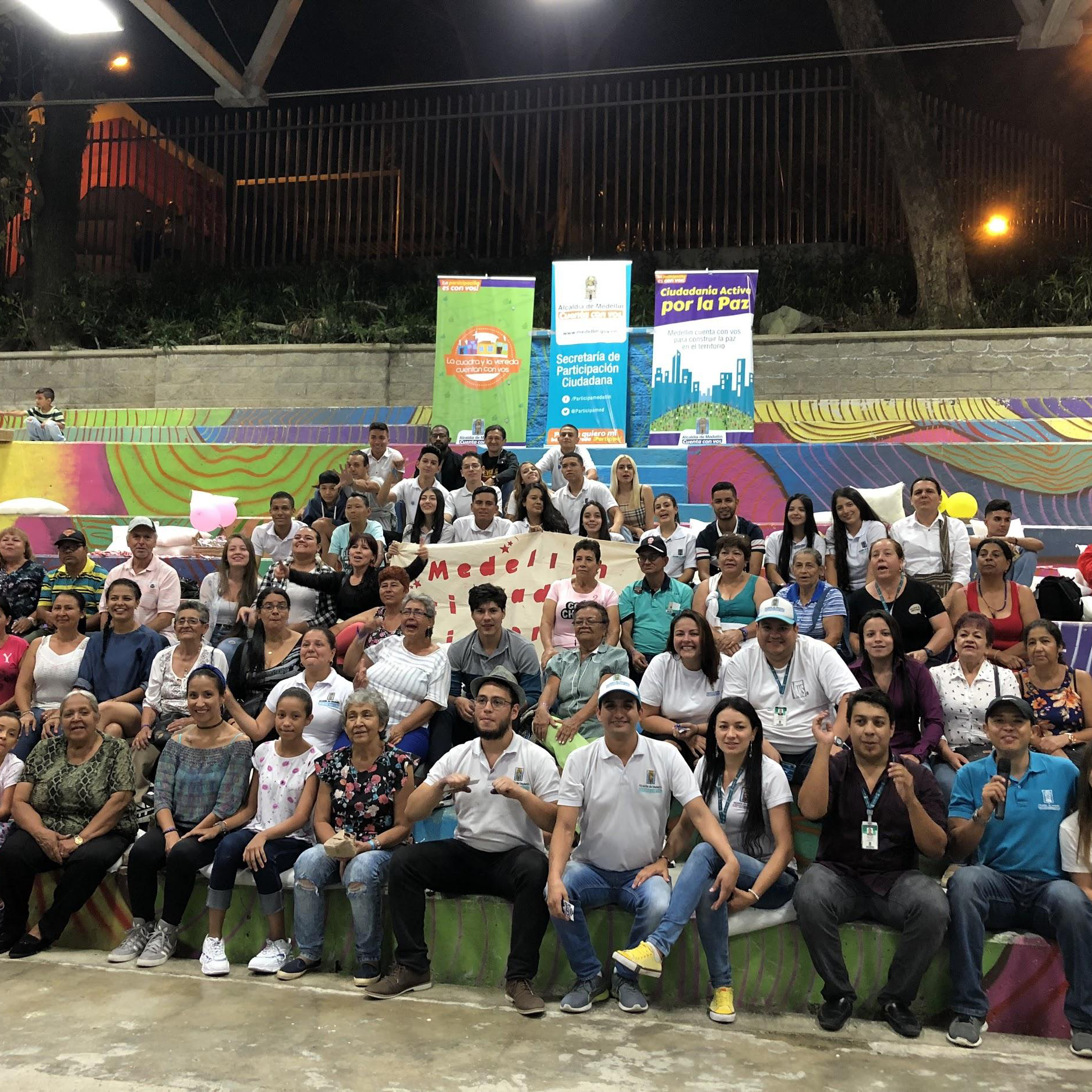 The expansion of participation in the Local Planning programme and the participatory budget have demanded in terms of adaptation and renewal both of leaderships and practices, the design of new scenarios and the implementation of new mechanisms for participation.

We highlight three important matters in terms of innovation and exchange in an experience that was implemented for 15 years in the city: 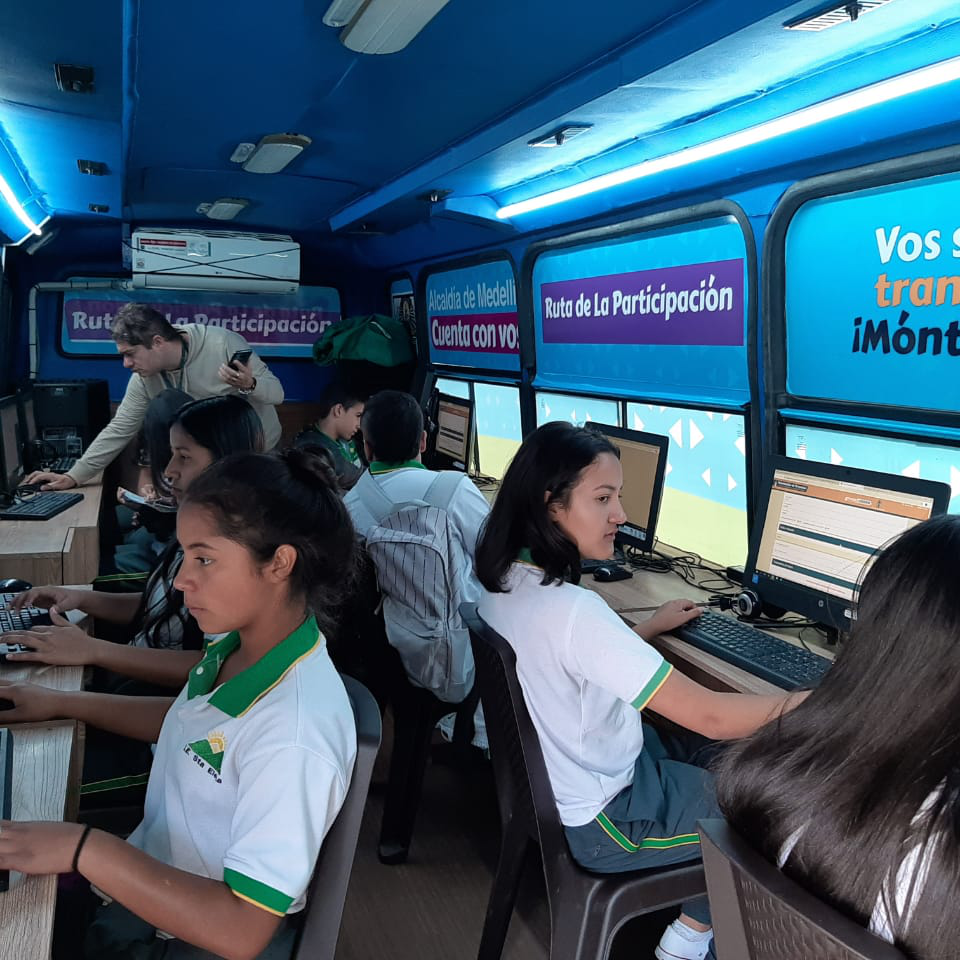 The experiences of local planning and participatory budgets in Colombia are currently reviewing their methodological pertinence in accordance with the context and the need has been identified to quality the processes of decision-making and recognising new forms of participation, in accordance with this the experience developed in Medellín has generated replicable learning with respect to the creation of scenarios for participation from the sectorial area and strategies for accompaniment. Linked to this, fundamental for the replicability of the experience is the institutional architecture that has been strengthened in the intention of expanding and recognising new forms of participation that are emerging, some that prioritise dialogue and others that reduce exclusion through the use of technology.

Added to this there is a subsystem of monitoring that gives support to the experience of methodological implementation in terms of safeguarding information and access to it in terms of procedures, methodologies and evaluation.

The changes proposed in the stages and phases from Local Planning and Participatory Budget emerged from the need to overcome problems of context such as the concentration of decisions between some actors in the towns and villages and the lack of articulation of the decisions in planning logics that recognised the real needs of the territory, it is for this that tools have been created that propose the involvement of new actors in the process and the implementation of actions in the methodological and the technical that have given a response to the particular dynamics of participation.

The design of methodological actions is inspired in the specific knowledge of the sectors of development and the differentiated dynamics of the urban and rural territory. We carry out real-life and virtual voting, recognising that forms of participating are diverse and thus the access to information, the scenarios created and the mechanisms used must be diverse.

The new implementation of these phases and moments has demanded the creation of new procedures that have been documented and in their set-up improvement actions have been applied that permit the inclusion of learning from the experience and qualification of the methodology.

The creation of the Town and Village Planning Councils as well as the virtual prioritisation in that they are new forms of participation in local planning and participatory budgeting, have generated the articulation fro diverse actors that have strengthened, qualified and expanded the process and its dynamics.

The dynamics of Local Planning and Participatory Budget have required a shared responsibility in terms of promotion and guaranteeing of participation, in this dynamics the achievement of the different phases requires the active participation of actors such as: other departments and secretaries of the Municipal Administration, it implies a somewhat broader institutional arrangement that goes beyond the Secretariat of Citizen Participation, in its political accompaniment and as a guarantor of the participation, as technical accompaniment is required including the expertise from secretariats such as planning, education, culture and health among others, also these departments are directly responsible for the participatory training and execution of the projects that are prioritised by participatory budget. The programme is accompanied by an institutional architecture that has been arranged for such a purpose given the importance that this has for the city.

The community represented at Town and Village Planning Council Meetings has assumed the leadership of the process from the compliance with functions of promotion of local participation and there collective commitments are accepted in terms of functioning and compliance with each one of the phases of the process from an active and autonomous participation.

In addition to being a process that promotes the guarantee of rights and contains the public resource investment, it involves control organisations such as Municipal Representative’s Office and the Treasury Inspector’s Offices.

One of the tools that was also introduced into the methodology of Local Planning and Participatory Budget was the creation of the PDL and PP Monitoring and Evaluation Subsystem, which has been generating since 2018 various strategies that account for the commitment to recognising learning, evaluating the effects and results and promoting the transparency of the process through actions of public rendering of accounts

The subsystem takes care of compiling and analysing through the application of different instruments, information of importance for citizens not only in terms of investment in resources in the different towns and villages but also in they key of participant observation in the implementation of the process, this information is being socialist at different levels and through different media such as: delivery of periodic reports, meetings with actors of interest such as the Town Councils, annual implementation of rendering of accounts in 21 towns in the city, sending of digital information, creation of a micro website that houses qualitative and quantitative information, positioning of relevant experiences both of participation and public investment and resources and promotion of social control exercises with citizens.

One of the main learning processes has been recognising that not only should we occupy ourselves with monitoring the effective and pertinent investment of the resources but because it is a social and participatory process we should read the social and political effects that development planning has on the city, added to this we have evidenced also as learning the priority need to introduce into the intention of methodological change education as a main source for removing resistance for example to innovation in the virtual sphere, as technology gaps only decrease with processes of awareness-raising and education in access.