The purpose of this online application development is to facilitate the supervision or monitoring. With open access to the widest appropriate authority, surveillance can be done not only by the competent authority, but also by all employees and the community who are willing to take time to assist the monitoring process. In addition to this application, opened channels to lodge complaints and suggestions were also provided which will be responded by Bappeko and may result in a healthy dialectic process.

Utilization of progress and evaluation using e-musrenbang system is done through a coordination mechanism between Bappeko with each village / district and technical SKPD (Government Units and Agencies).

2. Village proposal stage, made by the village (village chief or his related staff) and some representatives are within RW authority. The number of participants of representatives who take part, ± 25 people.

3. Verification Phase, followed by representatives from RW, Village, Bappeko and some representatives of SKPD related directly to development work in the community. The number of participants is around 50-75 people.

Based on Regulation by Minister of Home Affair No. 54 of 2010 about the Implementation of Government Regulations No. 8 of 2008 about Stages, Preparation Procedures, Control, and Evaluation of the Implementation of Regional Development Plans and supported by Law No. 25 of 2004 about National Development Planning System. Development Planning Forum or unanonimously known as Musrenbang in Indonesia is one of the stages in development planning which involve society and people at large or also known as participative planning and development. The involvement of the people iduring this process is done through the submission of development proposal which started in the entry level forum namely Neighborhood Unit (RT) and Community Unit (RW) to the city level.

In 2009 the initiative to create e-musrenbang application system has emerged, where the proposed development of society is no longer done manually but facilitated by the application system. There are changes in the submission of musrenbang proposal from manual to online which results in a transformation in the administration system, change of organizational and administrative culture, and reformation towards a more worthy, easier and more transparent government service procedures. Transparency has become people's demand to be able to monitor the proposal that has been presented in musrenbang and was answered through the application system.

Filing people aspirations of the development planning from the local level up to the districts until 2008 were presented in the form of hard copy / print.  If there were changes in the proposed development, reprinting it would be required, so it creates inefficiencies in both costs and time, and if citizens are asking the status of the proposal then the answer would be difficult to be given quickly and directly because they must track the proposal files and the results of the verification that has been done by SKPD.

The documents submission pattern in a form of hard copy caused several problems including: 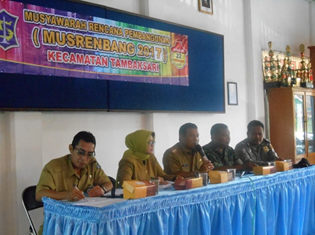 The creativities made by Surabaya City Government in the website www.musrenbang.surabaya.go.id include : 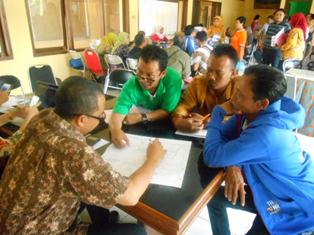 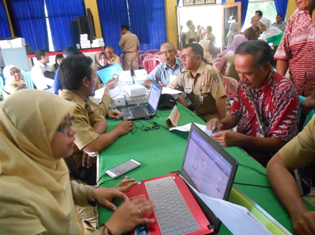 Description of the information disseminated during the process

The information conveyed to the public are:

In E musrenbang there are 2 steps of login, the first one is the apparatus of the governments login, among others, RW team, Village, District, Region, and Bappeko. The second login is Surabaya residents by indicating the name and identification number, and identify themselves as citizens of Surabaya validated by e-KTP.

Feed-back to the participants

The target groups facilitated by e-musrenbang application system are as follows:

The benefits obtained by Bappeko as the institution that accommodate the proposals and the society as the participants are: 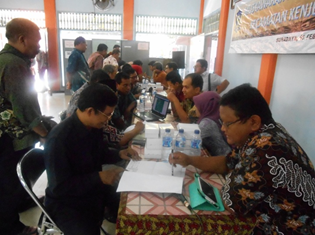 Highlights of the experience

The main highlights of e-musrenbang implementation are among others: 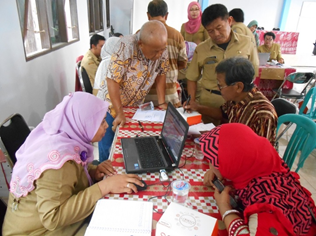