The IOPD has participated in the UCLG 2017 Retreat

The third edition of the Annual Retreat & Campus occurred in Barcelona, the home of the organization's World Secretariat, from 20 to 24 February 2017.

The retreat is the occasion to harness the power of UCLG network and continue our work based on the collaboration and achievements of the last few years, as well as increase visibility and impact at all levels.

Under the theme "From policy development to implementation" this year´s programme includes the Presidency meeting on 20 February to define the key priorities and commitments for 2017. On 21 February the Global Taskforce met to discuss the future of the World Assembly and the localization of the Global Agendas.

On Wednesday and Thursday 22-23 February the participants discussed to define the strategy Local Action 2030 beyond Habitat III, including a presentation of the UCLG Learning and Observatories workplan. In this session on Observatories, the IOPD Coordinator Mr. Adrià Duarte presented the work plan of the IOPD and invited the participants to join in the 17th IOPD Conference, which under the title of "Participation without exclusion" will take place in Montreal from June 16 to 19, 2017. 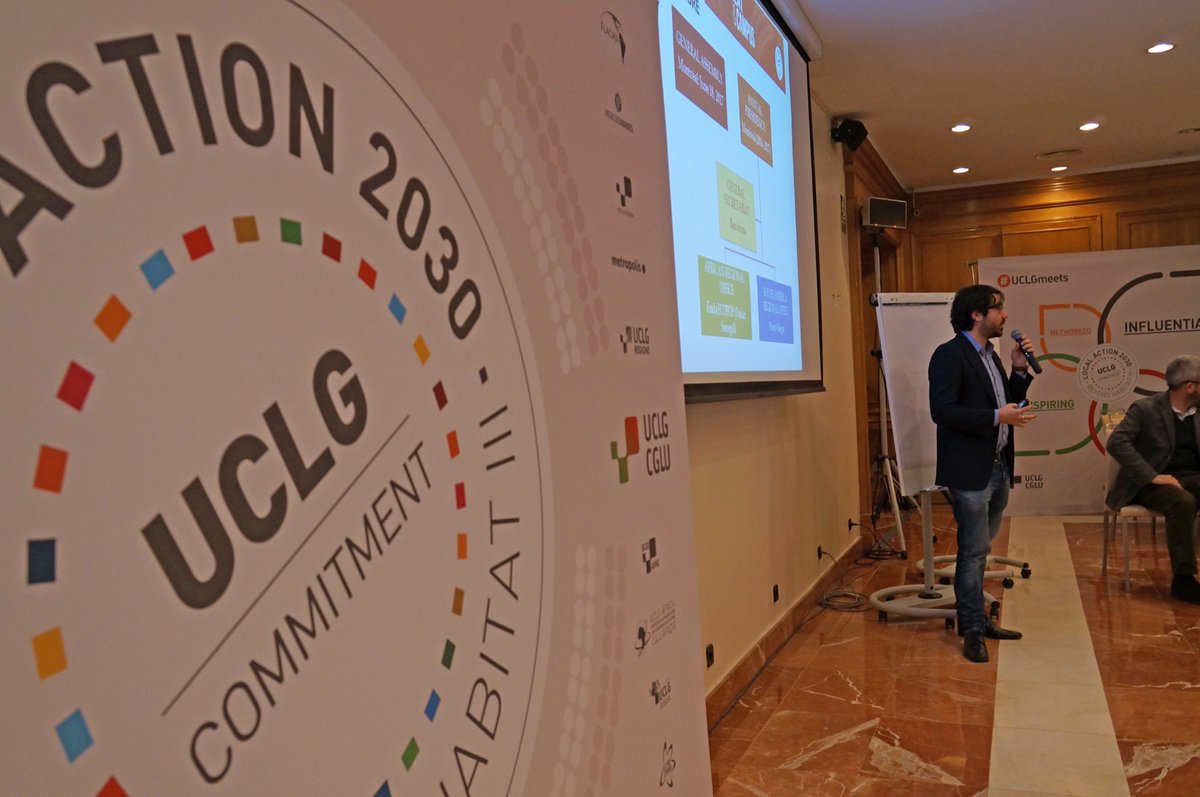