State elections were held in Schleswig-Holstein on 7 May 2017

Voter participation on Sunday was at 64.2 percent, up four percentage points from the state's last elections in 2012.

The Greens obtained 12.9 percent of the vote, while the Free Democrats (FDP) - the CDU's traditional preferred coalition partner - won 11.5 percent. The far-right Alternative for Germany (AfD) party picked up 5.9 percent of the vote, meaning it will enter the state's legislature for the first time as it has passed the five percent threshold.

The country's Left Party, with only 3.8 percent of the vote, will not be present in the new Schleswig-Holstein state parliament. The Pirate Party also loses its presence there, gaining just 1.2 percent in Sunday's poll, after claiming 8.2 percent five years earlier.

This year, 16-year-olds could also vote in Schleswig-Holstein's elections. Among the main issues during the campaign were education, infrastructure and the development of wind energy. 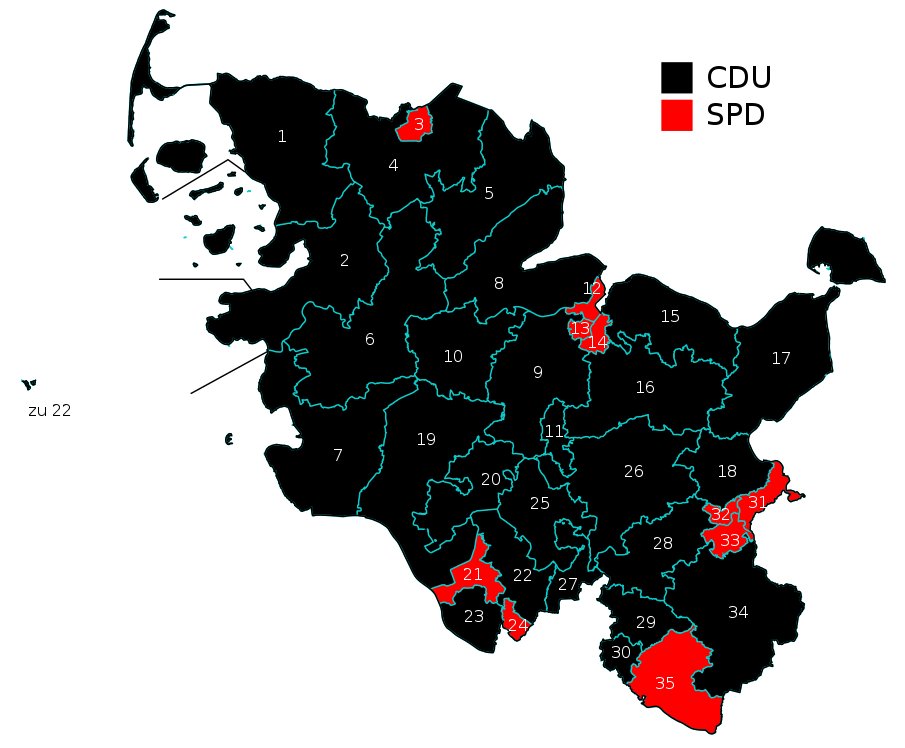