The Role of Agenda 2030 in Creating Citizenship: How Can Local Governments Use the SDGs to Connect With Their Citizens? The AICCRE will explain how local citizenship and Participatory Democracy can be built through SDGs.

Human Rights Approach to the City 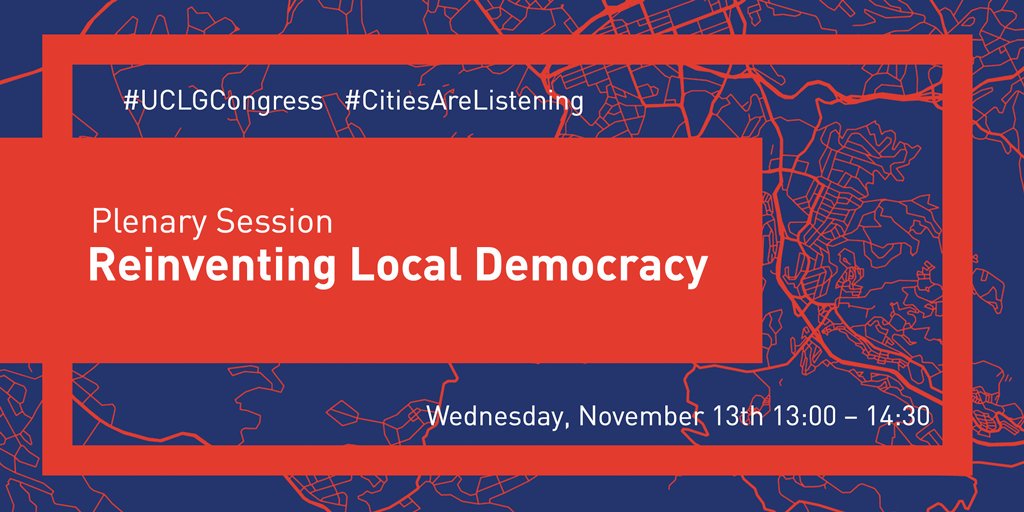 Special Session about The Future of Transparency and Open Government

New governments model that respond to citizen's needs will be highlighted during this session coordinated by the UCLG Community of Practice on Transparency and Open Government.

A Town Hall Track about Right To The City is organized so civil society stakeholders can co-create together the future of the municipal movement. Participatory Democracy will be a major subject as it must part of the Right to the city.

The IOPD will coordinate the Lab Listening to Citizens, to present different experiences and approaches to include citizens, so Local Democracy can be put at the Center of Governance.