Third day of the 19th IOPD International Conference in Iztapalapa

Summary of the activities of December 10th, last day of the conference.

The final day of the 19th IOPD Conference was held in the framework of the Human Rights Day. It began with several visits to discover the history, culture and geography of Iztapalapa. One group visited a group of churches, another group visited the safe trails established to improve women's freedom and security in the town and another group visited the Cerro de la Estrella National Park, known for its archaeological and historical importance. 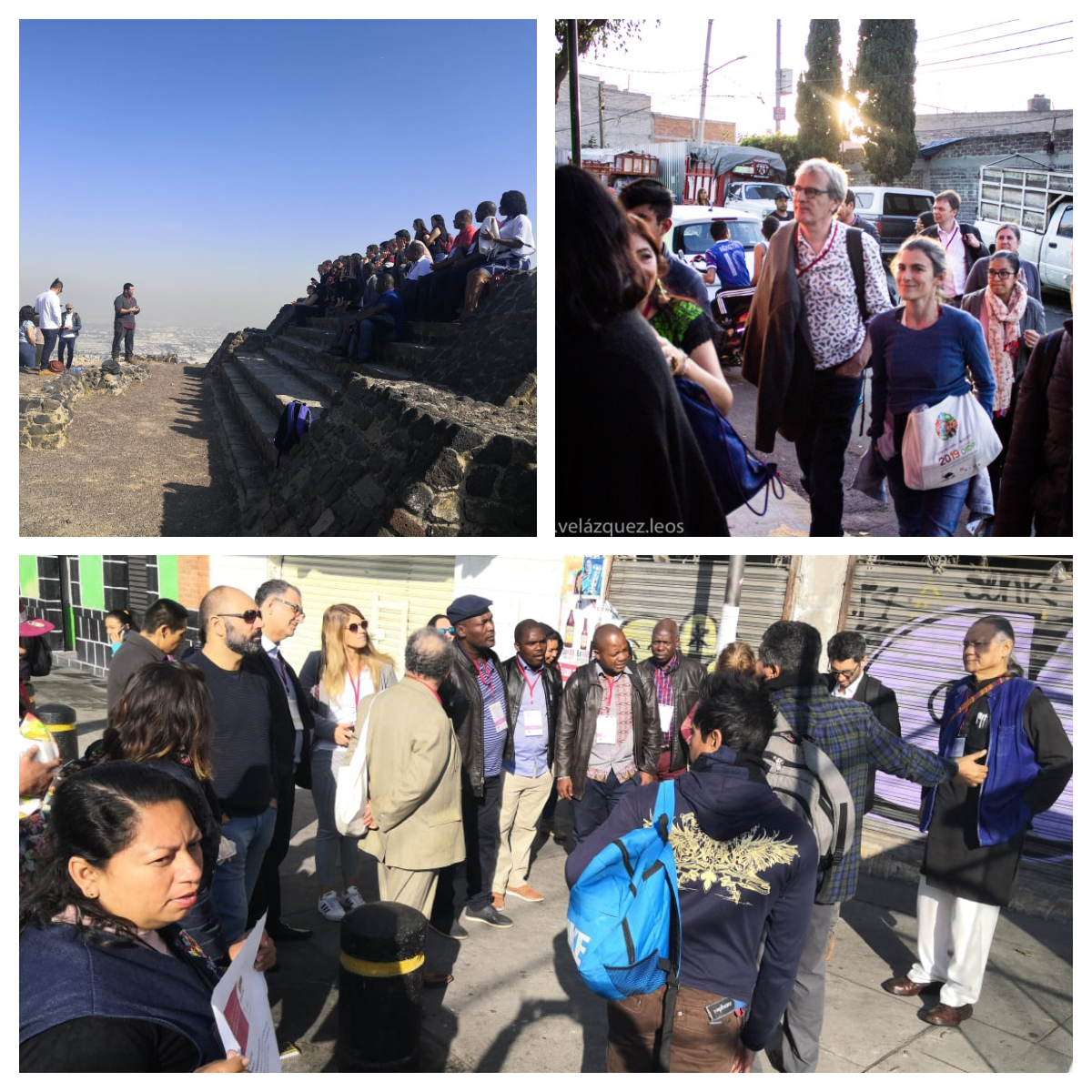 Then, the territorial tables for exchanging experiences on human rights, inclusion, sustainability, democracy and uses of ICTs and the right to the city continued. Stakeholder from countries knowing democratic crisis presented tools to rethink the democracy.

The members of the IOPD met in General Assembly in order to discuss about governance and about the 2020 work plan. The city of Cocody, in Ivory Coast, was unanimously elected for 2020 presidency and therefore will organize the 20th IOPD International Conference in july or august 2020. More information. 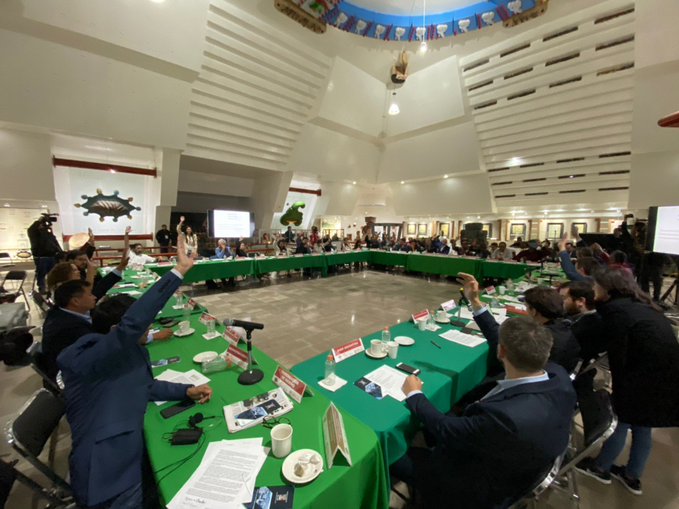 The city of Grenoble, in France, was also elected to organize the conference in 2022. Furthermore, the figure of co-presidency was created in order to strengthen the network's political leadership. Co-presidency will be host during a year by the mayor of the city that had organized the conference. Therefore, the mayor Clara Brugada, will be co-president of the IOPD in 2020.

Other aspects of governance were debated during the assembly, such as regional offices and promoting members. Participants agreed on the fact that political leadership should remain in the hands of local and regional governments but still maintaining relationship with civil society organizations.

Regarding the work plan, the assembly voted for two thematic priorities: "the role of citizen participation in climate change mitigation" and "citizen participation on gender approach". Other themes will be incorporated to the thematic priorities but promoting members will be leading them through work groups. The need to better match with the UCLG action plan was also highlighted, the chief of staff of the UCLG's Secretary General Pablo Fernández Marmissolle invited the IOPD membership to actively participate in the political and debate mechanisms of the world organization.

The 19th IOPD International Conference ended with the Award Ceremony for the 13th edition of the IOPD Award "Best Practice in Citizen Participation". 28 experiences were submitted on the collaborative platform ParticipateOIDP. The applications came from Mozambique, Colombia, France, Russia, Spain, Portugal, Brazil, Argentina and Costa Rica.

This year, the Department of Nariño won the award for its "GANA Municipios" experience. Watch the Nariño Governor acceptance speech here:

Special mentions were given to five other experiences: Bogotá (Colombia): "Interactive Platform for monitoring commitments between citizens and public agencies: COLIBRÍ"; Bordeaux (France): "A Participatory Budget with the colours of sustainable development"; Medellin (Colombia): "New forms of participation in Local Planning and Participatory Budgeting"; Metz (France): "The dream city:, green, sustainable and caring" by the Children of Metz Municipal Council; Eurocity Cerveira-Tomiño (Portugal and Spain): "Advocates for cross-border citizens". 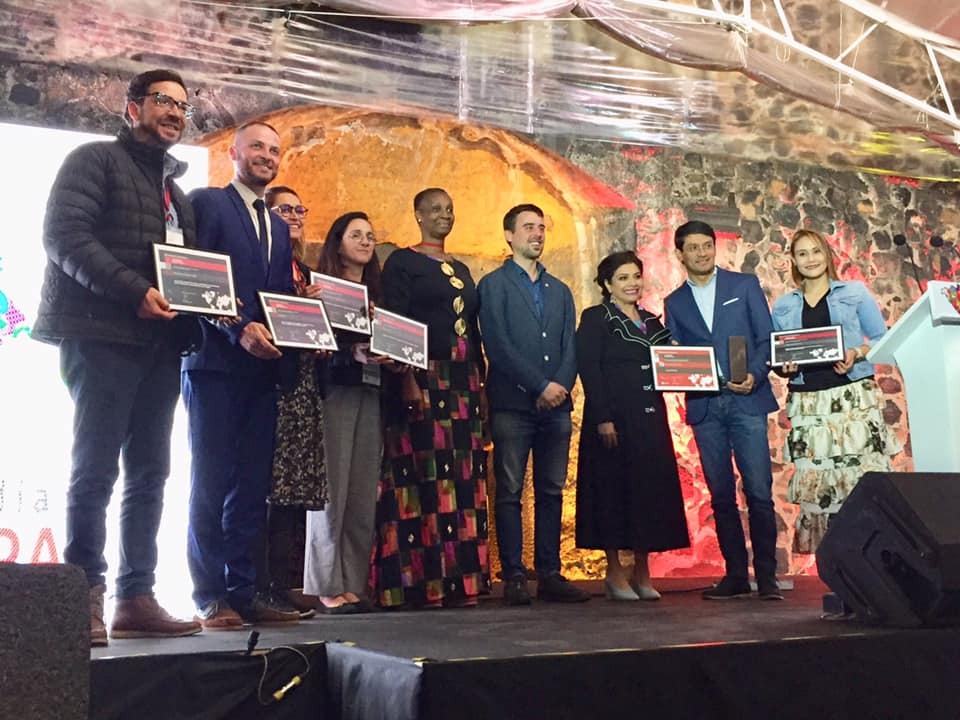 After the awards were delivered, the final declaration was read and finally, Secretary General Marc Serra and President Clara Brugada gave some closing words in which they celebrated the success of the conference and thanked the effort of organizers and participants. They were accompanied by Deputy Mayor of Cocody Mrs. Patricia Awa Ouassenan Nelly on behalf of the incoming president.