For the first time, since February 3rd, the inhabitants of Barcelona will be able to decide how they will invest 75 million euros, that is, 5% of the municipal budget.

The different phases of the process will take place until June 7th. Half of the budget has been distributed equally among the 10 districts of the city and the other half, according to demographic and socioeconomic criteria. 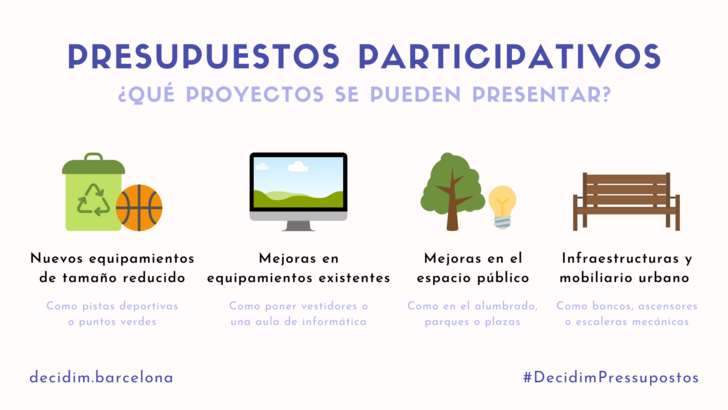 First, any person or entity can submit projects until April 17th. These proposals have to be evaluated between 50,000 and 2 million euros and not generate current expenses, that valuation of the proposals will take place from February 10 to April 17 by the administration. The process is done in person and digitally through the Decidim platform, a free open source digital infrastructure.

This participatory budgeting process seeks to go beyond a simple consultation and involve neighbors in several stages to become the main actors in the decision-making process.