Reactions of Local and Regional Governments to UN75 Report

The report was drafted by the Global Taskforce of Local and Regional Governments (LRGs) on behalf of the constituency, as part of the global consultation organized by UN Secretary-General António Guterres on the occasion of the UN’s 75th Anniversary. 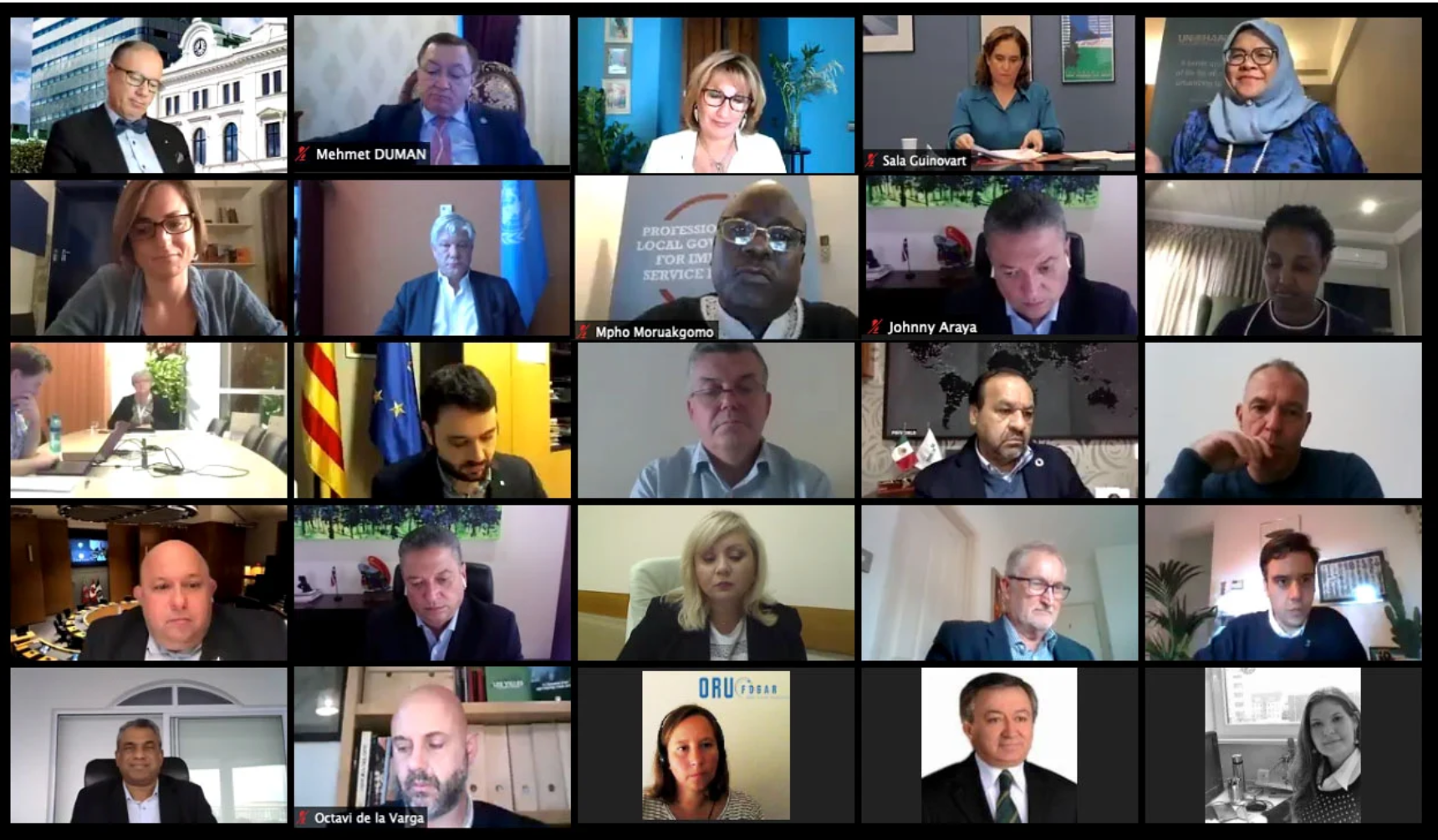 This event was convened in the context of the 75th Anniversary of the United Nations (UN) and included a reaction to the findings of the Visioning Report UN75: The Role of Local and Regional Governments in the Future Global Governance of the International System.

LRGs are at the forefront of fighting the COVID-19 pandemic, building back better, climate action, and implementation of the 2030 Agenda for Sustainable Development, and, thus, they should have a formal seat at the UN table, participants emphasized during the event. In this vein, Carola Gunnarsson, Mayor of Sala, Sweden, and United Cities and Local Governments (UCLG) Vice-President, proposed the UCLG be given observer status at the UN. Vasu Gounden, Executive Director, African Centre for the Constructive Resolution of Disputes, suggested the UN create a “second chamber,” so that, by 2045, two UN chambers exist: the UN General Assembly (UNGA) and the UN General Assembly of Local Governments.

Ashok Sridharan, Mayor of Bonn, Germany, and President, ICLEI – Local Governments for Sustainability, said LRGs should strengthen their collaboration with the UN through: annual dialogues between the Global Taskforce of LRGs and the UN Sustainable Development Group; collaboration between the UN Regional Commissions, host cities, and regional governments and networks; and engagement with the UN Resident Coordinators in countries.