Barcelona opens a new space for participation by young people

The City Council announced on 3 December that  a new participatory process is under way for the city’s teenagers to debate and put forward improvements for the city. 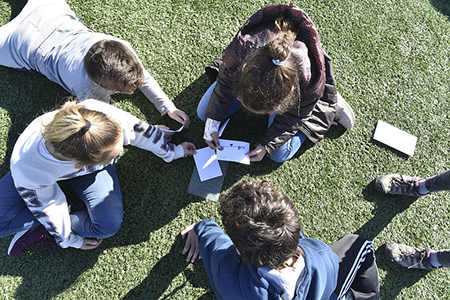 The Public Audience with the City’s Youth has been held since 1994 and starts a new stage this school year called the Barcelona Teenage Citizens Participatory Process. The transformation of this participation body involves an organisational change to improve participation by teenagers in secondary education and by their schools.

Stages in the participatory process

The teenagers started by choosing a topic for each district and one for the city. The proposals, 62 of them in all, are set out on the Decidim Barcelona website and the voting period to choose the final proposals is open until 10 January 2021.

After that there will be a debate on the city topic and each of the district topics, ending up with a list of actions for improvements, which will be published on Decidim Barcelona until the end of March 2021.

Between April and June 2021 the proposals for improvements resulting from the participatory process will be presented at the district council meetings and also the Full Council. Barcelona’s political representatives will respond to the teenagers about their proposals during the first quarter of the 2021-22 academic year.