Since 1988, Deliberative Polling® is still experimented in many countries. The last experimentation was in Dallas (US).

Deliberative Polling® is a social science experience elaborated in order to measure opinion changes if people was more informed. 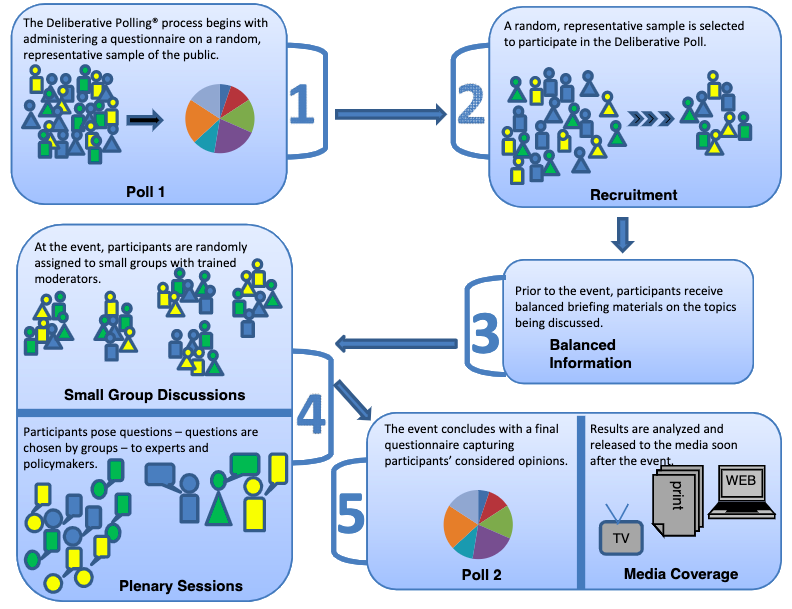 Deliberative Polling® is a form of opinion poll that incorporates the principles of deliberative democracy. The process consists in taking a random, representative sample of citizens and engaging them in deliberation on issues or public policy through group discussions and conversations framed by experts in order to create more informed and reflective public opinion.

After a week end of deliberations, the panel is again asked the original questions. Results usually show how different would be the public opinion if people had the opportunity to be more informed and more engaged by the issues. The Deliberative Polling® distinguishes itself from an ordinary poll as it is not designed to show what the panel actually thinks about issues or public policies but is about measuring opinion changes.

Recently, the Deliberative Polling® has been experimented in Dallas (US)  for the "America in One Room" experience, in partnership with Helena, a nonpartisan institute that funded the event, and NORC at the University of Chicago.

In September of 2019, a representative panel of 523 American voters took part in nonpartisan discussion about five major issues of the 2020 presidential election: immigration, taxes and economy, healthcare, foreign policy and environment. 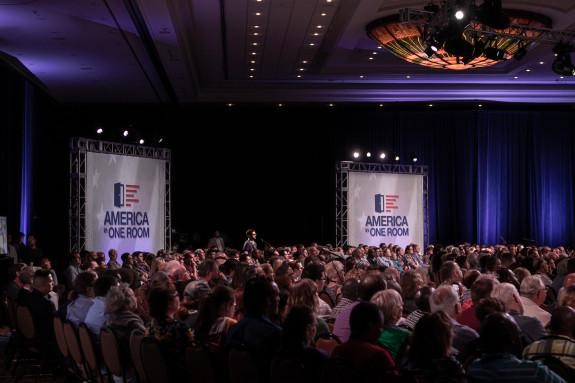 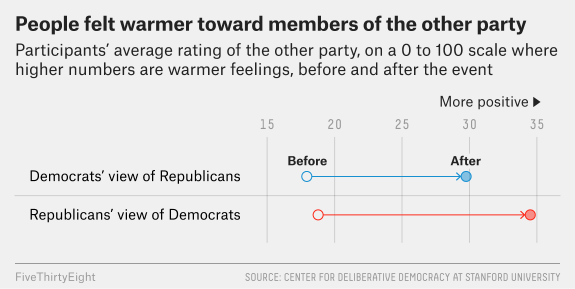 What Would Happen If American Voters All Got Together And Talked Politics?