Between 10 September and 3 October, randomly-selected citizens discussed recommendations for a greener future in the region

Following the example of the Citizen's Climate Convention at a national level, which submitted its proposals in June (more information here), the region of Occitanie (South-East France) launched a similar initiative. 103 residents were selected, ensuring representation of diverse backgrounds, and met multiple times between the 10th of September and the 3rd of October. While the convention had been envisaged before the Covid-19 pandemic, it has not been until September 2020 that the project was given the go-ahead by the regional government, allowing meetings to be held face-to-face (instead of via online tools) in Toulouse, Montpellier et Carcassonne.

According to the official website, the aim of the assembly is "to give a voice to citizens, using a very thorough active listening method, in order to enrich the debate and include the experience of the inhabitants in the data prior to the decisions and actions of the public authorities." The assembly consisted of two three-day sessions in September and a closing session in October, prior to the issuing of recommendations. As in the national convention, citizens receive external inputs and information related to the topics they are dealing with. The participants are free to debate and propose measures for every domain in which the region has competence. 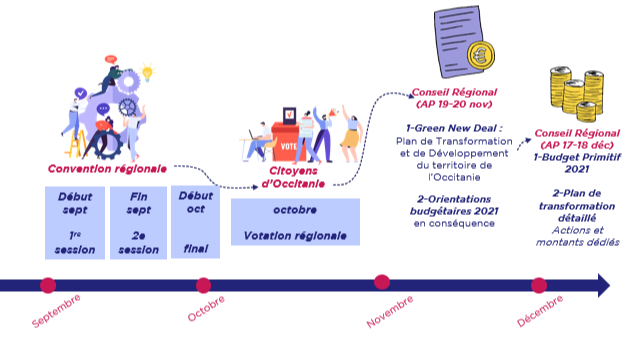 As a guideline, the convention is asked to answer the following question:

Within the framework of the main areas of intervention of the Regional Council, what are your expectations and the concrete measures you recommend to improve the life of the inhabitants of Occitanie, in the current context and to prepare for the future?

The group was composed of 103 residents in Occitanie, 52 women and 51 men, between the ages of 19 and 75 and across all socio-professional categories and areas of origin (rural, urban and peri-urban from different départements), selected among a random sample of 50,000 telephone numbers among the 1.3 million available in the database. So as to guarantee equal opportunity, the participants are paid a lump-sum and have their travel expenses reimbursed. 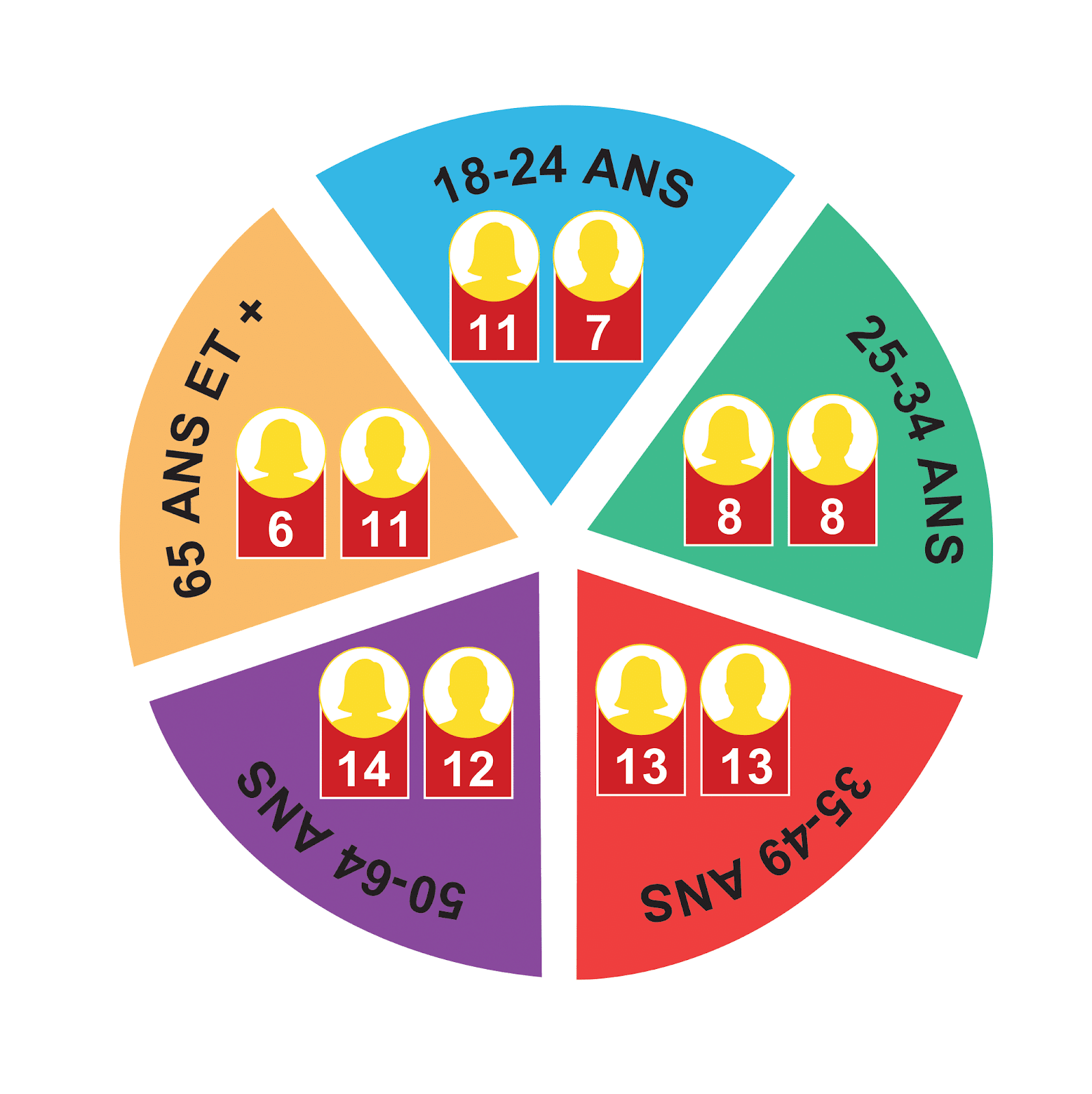 Should you wish to know more about the selection process, please visit this site.

The 103 citizens submitted its recommendations to the regional government on 7 October, and are set to be considered for Occitanie's Green New Deal in November. Find the recommendations in this link and some the public interventions in each of the six sessions on the region's YouTube channel.

Before the final vote in the regional Parliament, citizens' are asked to express their opinion in a public vote starting from 16 October.