Strengthen the organisational capacities of communities to manage their present and future, as well as to contribute to the construction of citizenship and democratic, participatory, supportive and inclusive governance in Iztapalapa.

The main objective is to strengthen the culture of citizen participation and community action to democratize the exercise of government through Participatory Planning Processes in the collective construction of Local Community Development Agendas and in the self-management and co-management of strategies, projects and actions, social and urban planning, which stimulate the democratic and transformative participation of citizens at the neighborhood level. 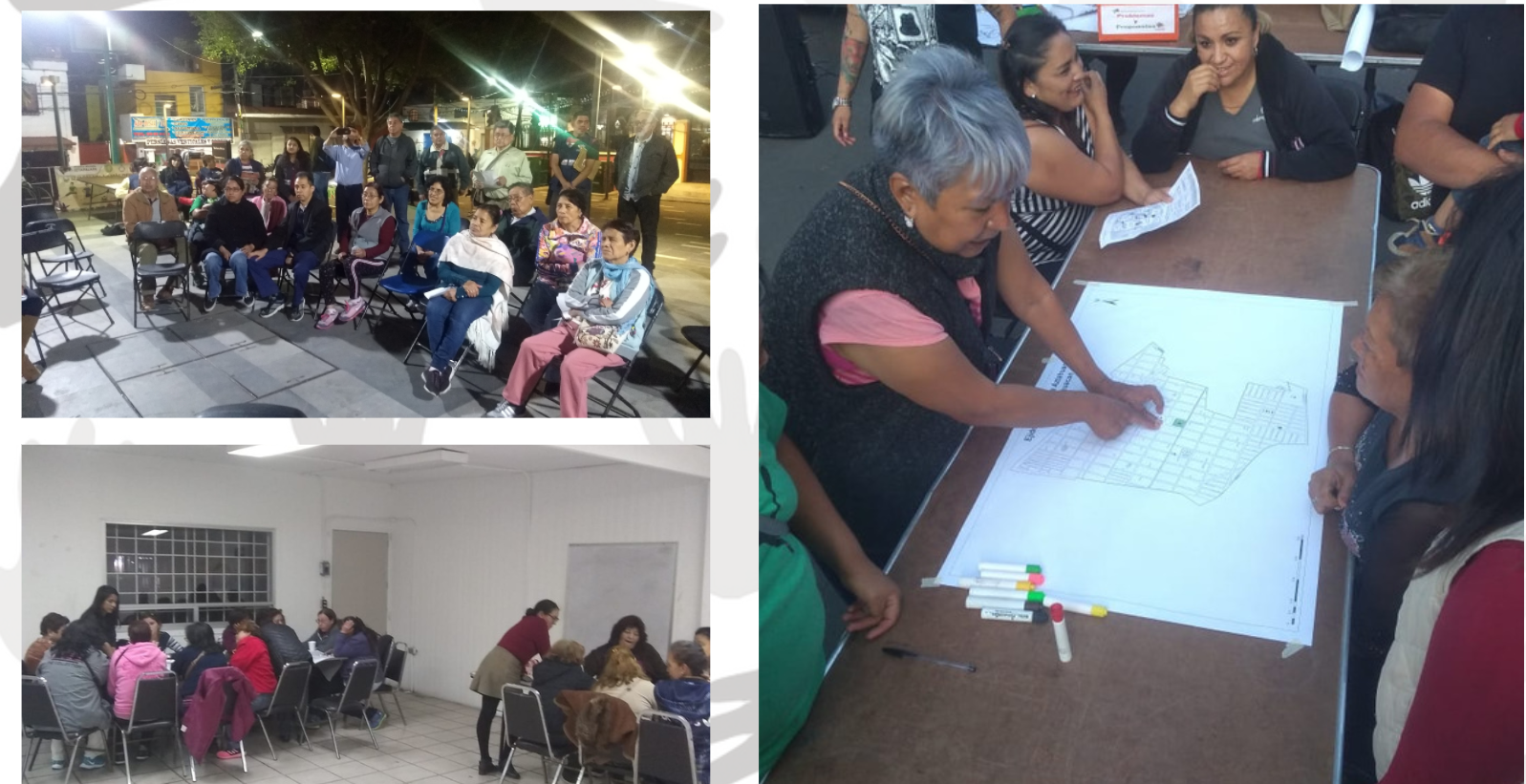 The Mayor's Office, through the Participatory Planning Unit, promotes, guides technically and methodologically, facilitates and accompanies the community planning processes, with the permanent support of the 13 Territorial Directorates and the people's servants and community promoters assigned to each neighborhood, as well as with the specific collaboration of 5 central areas of the Mayor's Office linked to the development of projects of the local Agendas.

The Planning Collectives, as an organized community, actively participate in the construction of their local Agendas, raising awareness as subjects of rights and key actors for the transformation of their communities, promoting the participation of more inhabitants in the feedback and validation of the Agendas and in carrying out the planned actions and projects. They have also been actively involved in other strategic actions promoted by the government, such as the construction of UTOPIAS and Caminos Seguros, and have also managed multiple services (pruning, removal of clandestine dumps, rehabilitation of spaces, among others).

The coordinated work of the various areas of the Mayor's Office has facilitated the very enrichment of the programs or projects emanating from the Agendas as well as their implementation with the participation of the population, adapting the actions to the needs of each community, strengthening co-responsibility between the government and citizenship. 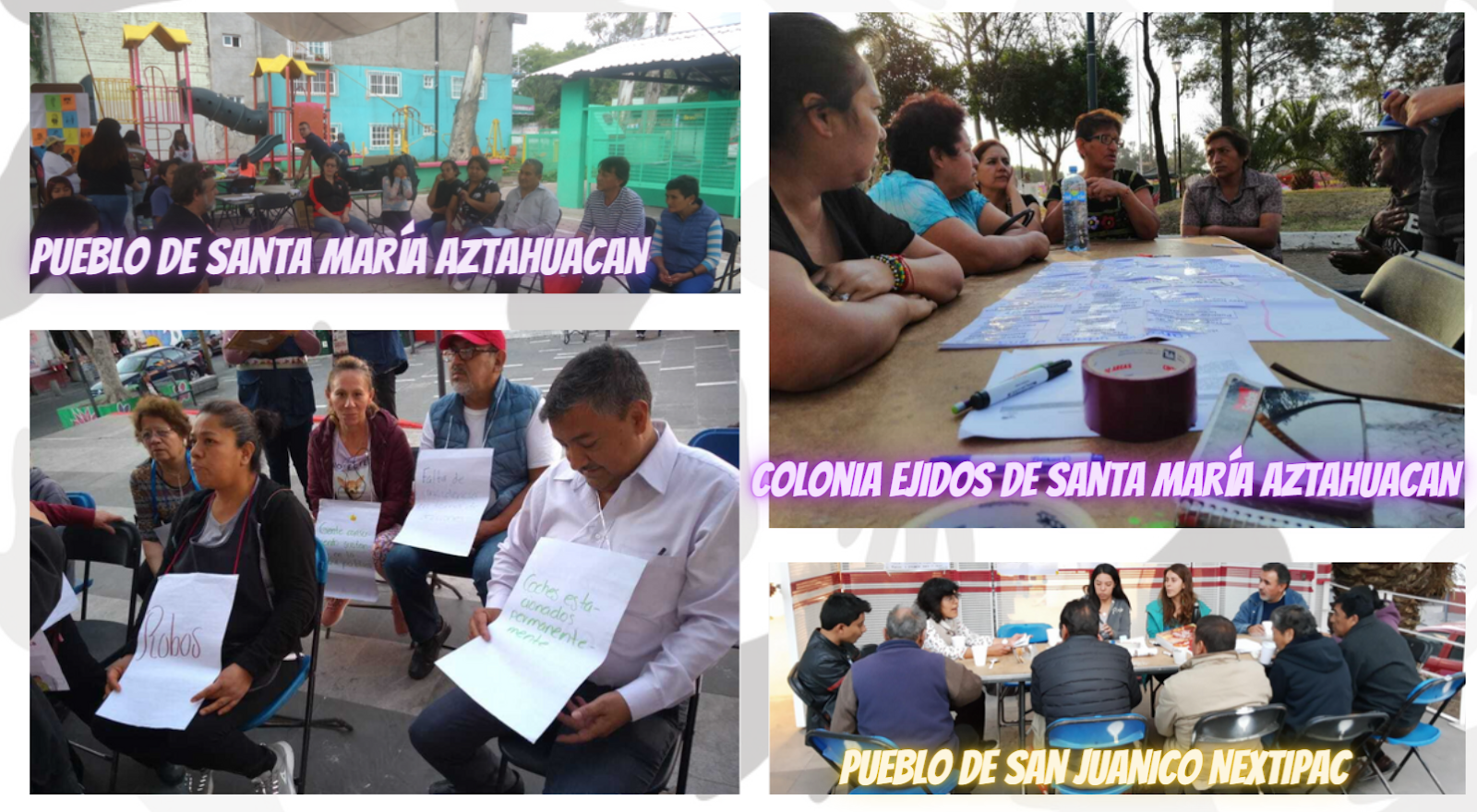 Iztapalapa is one of the 16 territorial demarcations (city councils within the metropolitan area) of Mexico City. Is located in the east of the Mexican capital, occupying the southern portion of the Lake Texcoco basin. In the population and housing census carried out by INEGI in 2020, it registered a population of 1,835,486 inhabitants, which makes it the second most populous demarcation in the entire country, below Tijuana.

The "Planning and Transforming Iztapalapa" programme seeks to strengthen the organisational capacities of communities to manage their present and future, as well as to contribute to the construction of citizenship and democratic, participatory, supportive and inclusive governance in Iztapalapa. It proposes democratising the exercise of government and building a new government-citizen relationship in decision-making in the public sphere, in the implementation of participatory actions and in the planning of social and urban development hand in hand with the communities. This initiative has had an impact in advancing the mainstreaming of participatory democracy and citizen participation in other areas and actions of government, opening a path that has been little explored in the governmental sphere to stimulate citizen participation in the improvement of living conditions and coexistence in the communities of Iztapalapa and in the full exercise of their rights. 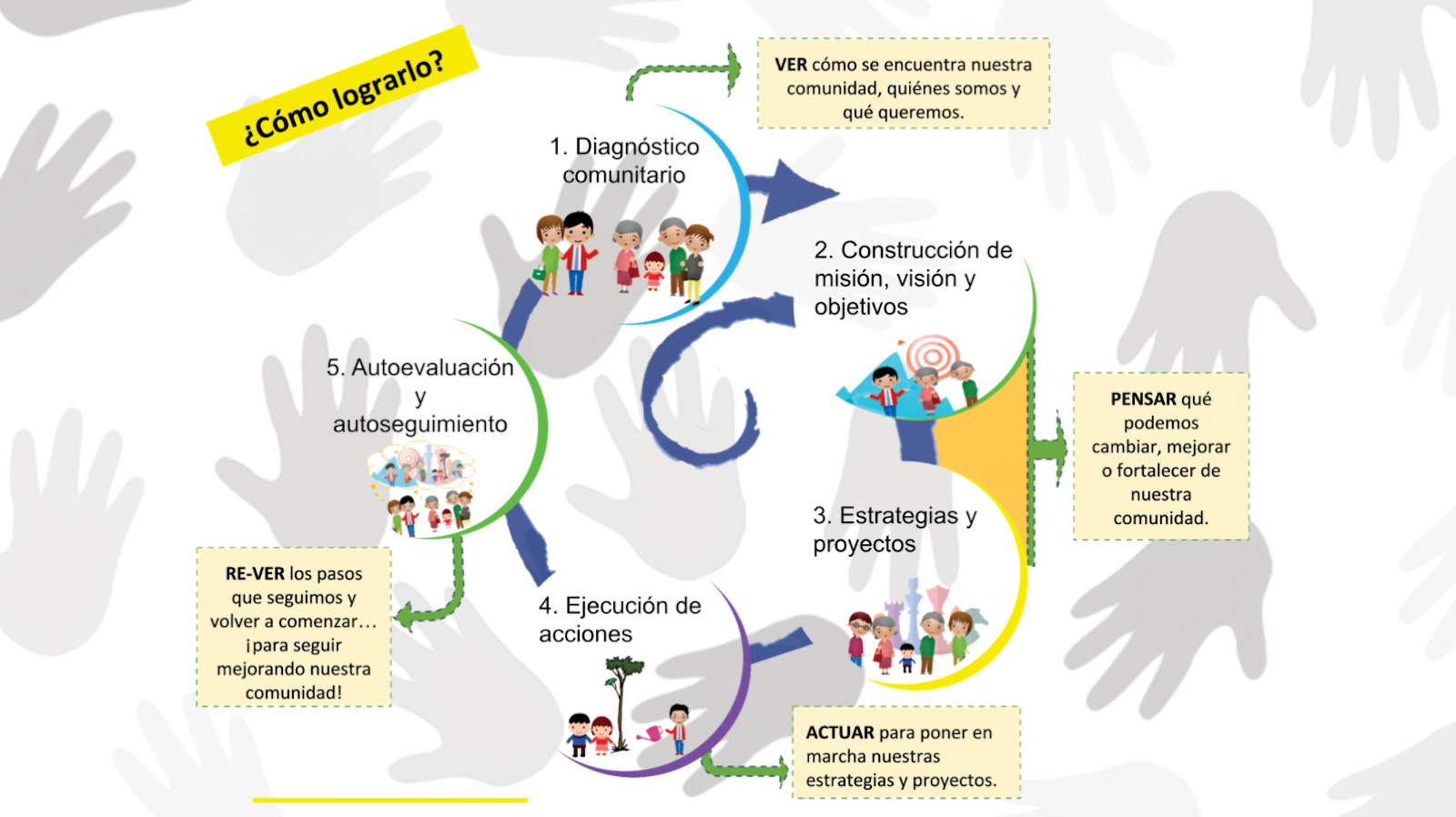 The programme has strengthened citizen capacities for the construction of a critical, active, participatory, democratic and transformative citizenship, through the implementation of planning, training and action processes, with participatory and creative methodologies incorporating traditions, art and culture; processes that favour local community development through horizontal dialogue, reflection, analysis and collective formulation of proposals, consultation, co-management and self-management of strategies and priority projects for the community.

It has managed to promote community organisation and cohesion through the formation of Planning Collectives and the active involvement of Community Assemblies in the construction of Local Agendas for Community Development that contain the community's feelings, imagination, vision, strategies, projects with social and urban impact, priority actions and collective commitments, thus promoting the exercise of the Right to the City in 48 neighbourhoods of Iztapalapa, with a total of nearly 400,000 inhabitants.

It has favoured the culture of citizen participation and the exercise of the right to take part in government decisions by creating new spaces and mechanisms of participatory democracy such as the Planning Collectives, which go beyond formal citizenship and traditional representation, including all people without discrimination in the design of their present and future, as well as in the implementation of transformative projects and actions with short, medium and long term impacts that can be seen in the number and diversity of projects promoted by the Collectives and carried out with the involvement of the inhabitants of the neighbourhoods.

The government has learned to work with citizen participation and to value its relevance, which also represents the enrichment of representative democracy and a profound questioning of the bureaucratic and technocratic culture, through exercises in participatory democracy, deepening the democratisation of social relations within communities, of the government-citizen relationship and of public decision-making.

"It is an interesting experience. The evaluation aspect is the most critical and has the most windows for improvement, especially in the selection of indicators and their association to a theory of change or logical framework matrix." "As positive aspects we can point out: • The planning collectives and local agendas, with strong citizen content. The project gives a voice to the people, and deepens democracy at neighbourhood/municipal level. As a result, 34% of the projects are community reinforcement projects [but it is not known how much they represent in resources in relation to the others]. • The processes started in the most sensitive neighbourhoods, and this "inversion of priorities", in particular to address violence and poverty, is remarkable and very positive. • Articulates planning and planning well, as well as individual and collective [people can participate]. In terms of limitations: • Lack of information: number of collectives, value of projects in relation to the total budget, no local community development agendas. • The process is essentially virtual, and it is not clear whether it will last - which would be very negative - or whether it is only an emergency measure. It is also unclear whether the virtual allowed the most excluded people to participate. • There has been monitoring, but there is a lack of evaluation and impact measurement. Finally, as an innovative element, we can highlight the scale: it covers almost 400,000 inhabitants, which is unusual for neighbourhood work."