The IOPD participated in the XII Metropolis World Congress

The 12th Metropolis World Congress took place from 19 to 22 June 2017 in Montreal, just after the 17th IOPD Conference

Several delegations participated in both events taking advantage of the presence in the Canadian city.

On 22 June, the session "New approaches for citizen participation and transparency" was held, with experiences from 3 cities very involved in the IOPD: Barcelona, Bogotá and Montreal. IOPD Africa coordinator Bachir Kanouté was one of the speakers with Dominique Ollivier, President of the Office of Public Consultation of Montreal and outgoing Chair of the OIDP. 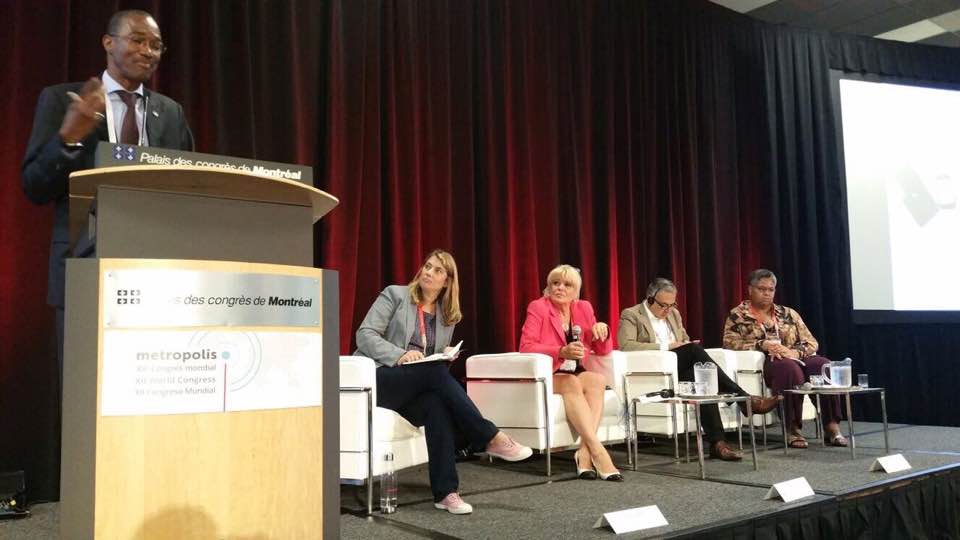