The Mayor of Braga, Ricardo Rio, has participated on behalf of the IOPD at this event

The panel "Innovative Democracy and Open Government: Driving active and inclusive citizenship" has been held the 12th June in the framework of the Council of European Municipalities and Regions Conference 2018 (CEMR). The IOPD has been invited to co-organize the panel, which has counted on the intervention of the Mayor of Braga (Portugal), Ricardo Rio, on behalf of the IOPD; the Councillor of the government of Madrid, Pablo Soto; the expert of the Council of Europe Alina Tatarenko; the Mayor of Waterland, Luzette Kroon; and the Mayor of Sceaux and Secretary General of the Associacion of French Mayors, Philippe Laurent. Also, the panel has been moderated by Emilia Saiz, UCLG Secretary General.

During the panel, the speakers have shared their perspectives about the topic. In reference to the open government debate, Pablo Soto has explained Madrid's experience in recent years: "If 1% of the population votes in favor of a citizen's initiative, the proposal is analyzed and voted at the city level". Also, Luzette Kroon has agreed with Soto when defending a major role of citizens at the local level: "Citizens really know what they want and they can take care of themselves. It's a constant search for new ways of innovative democracy and participation".

However, another point which has been taken into account was how to make people participate in public policies. Laurent Sceaux has stated that the "real" citizens' participation in democracy can be reached mainly through physical participation channels and the exchange in the debate between elected officials and citizens. That is so because, as Ricardo Rio said, new governance models for citizens "should focus on the approach, co-creation and involvement of all stakeholders".

Moreover, this year's CEMR Conference has focused on how to strengthen equality, diversity and inclusion at the local level. This entails from equality between men and women to citizens' participation, including LGTB+ rights and the integration of immigrant people. Therefore, from the 11st to the 13th June different society's collectives have been able to debate and work about these questions. 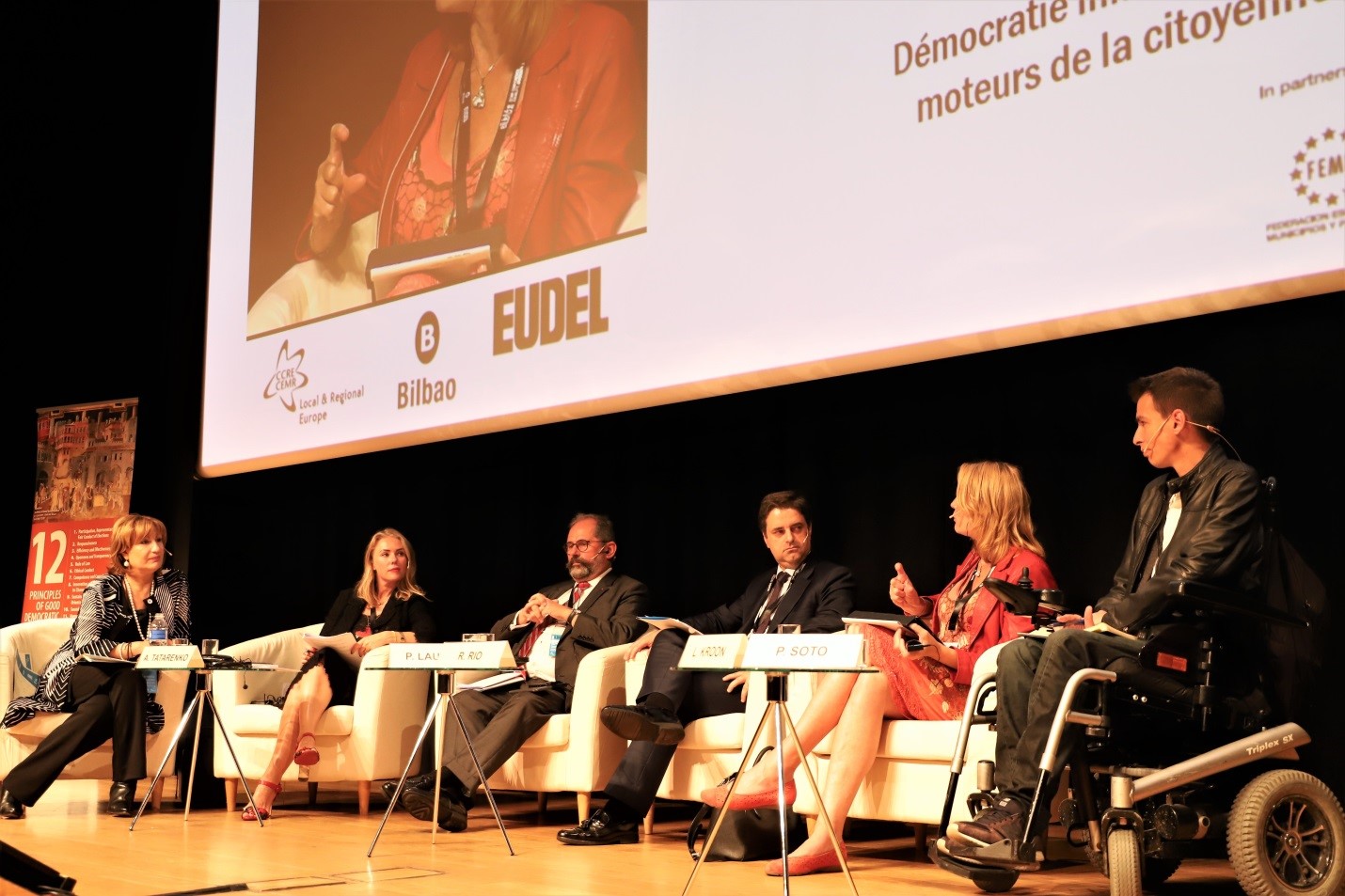