Barcelona has completed the final voting phase for the participatory budget projects with a total of 39,433 residents who have decided on which proposals to invest 30 million euros of the municipal budget. Of the 184 projects to choose from, the citizens have selected 76, which the municipal government is committed to carry out before the end of the mandate.

In total, the participatory budget process since its inception in January 2020 has involved the participation of 64,571 people. Of these, 52,601 have intervened in one of the moments of the process in the platform Decidim.Barcelona, while the remaining 11,970 did so in person before the outbreak of the pandemic. 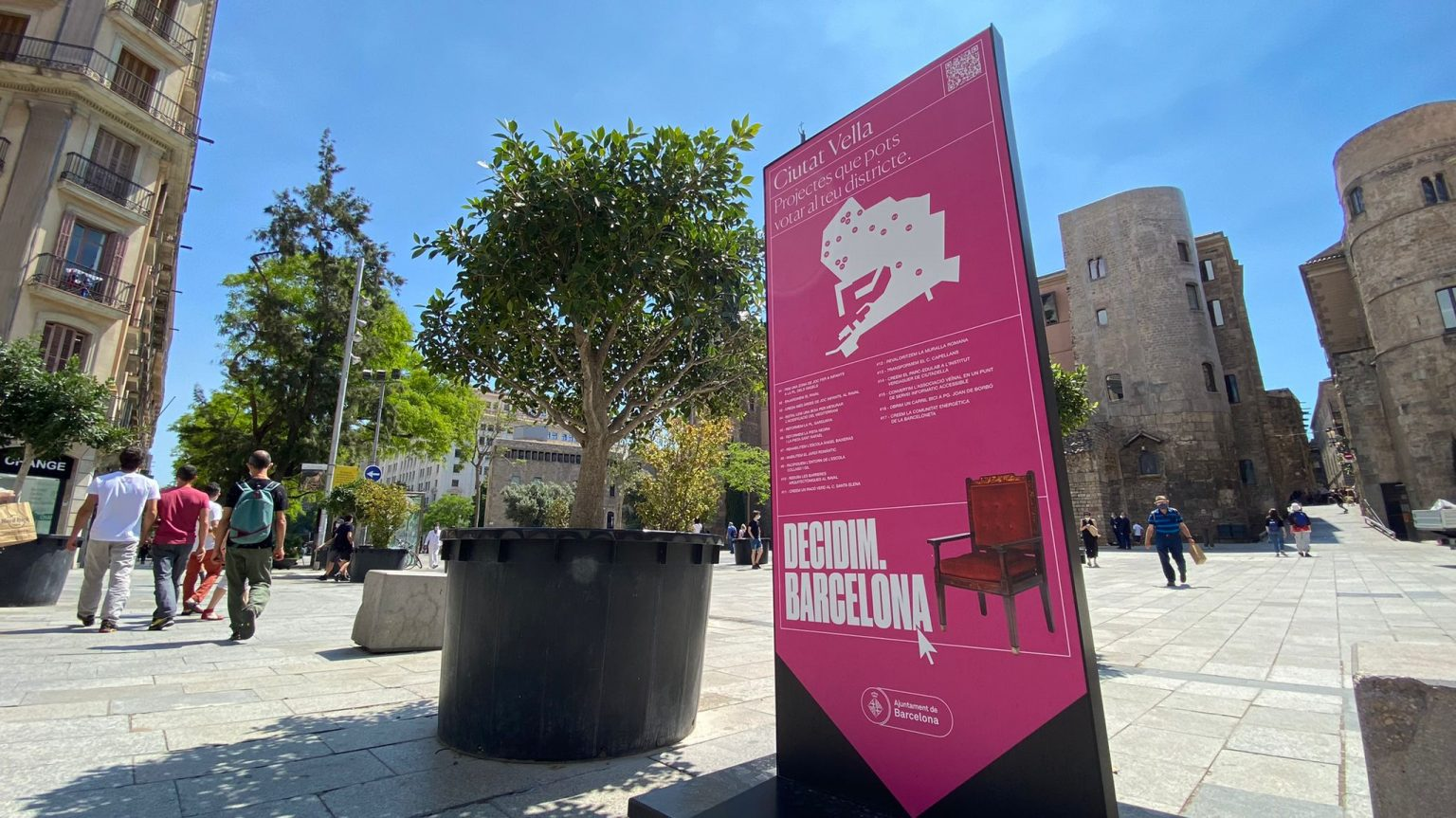 Voting was carried out through the shopping basket system, whereby each voter could select as many projects from a district as he/she wished until the budget was exhausted, with a minimum of two proposals. In order to be able to carry out the process with all the information, prior to the final vote, the technical specification of the projects was carried out so that all had a technical proposal and a budget as realistic as possible. This projected budget never exceeded half of the district's total allocation, as a measure to ensure that a larger number of projects could be selected.

At the same time, each voter could participate in two districts, the one where he/she was registered and another of his/her choice. For this reason, while the number of people who voted was 39,433, the total number of voters in the ten districts of the city was 55,076.

Regarding the selection of the projects voted by the citizens, the objective has been to use up as much as possible the allocation of each district. For this reason, in cases where a project has obtained more support but its budget exceeded the money available in the district itself once the most voted ones were selected, the next project with the most votes was selected, which did adjust to the amount. 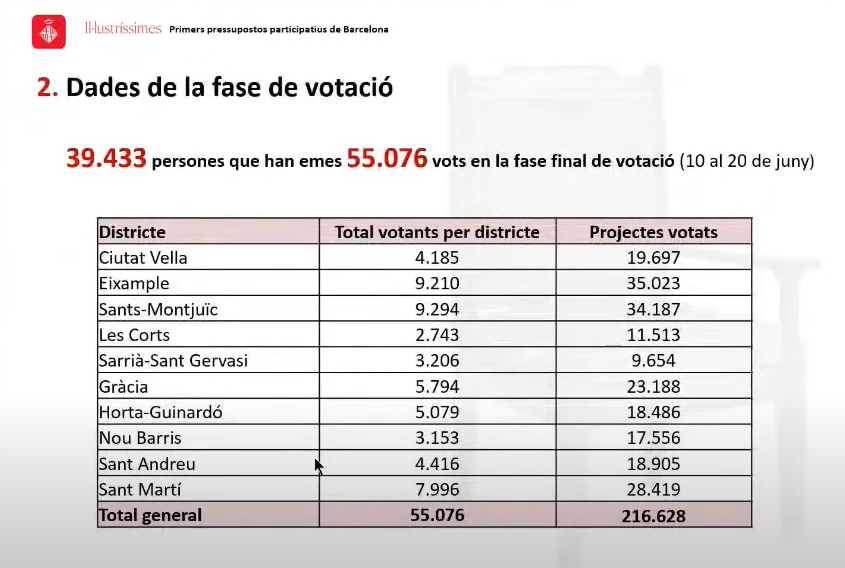 The participatory budgets will have a clear impact on urban planning, especially to achieve more green spaces in all districts and to give more prominence to children. In this sense, the improvement of the playgrounds of the Pau Casals School (Gracia) or the landscaping and installation of playgrounds in the surroundings of the Els Llorers and L'Arbret schools (Eixample) stand out.

Discover the results (In Spanish)

End of the prioritization step 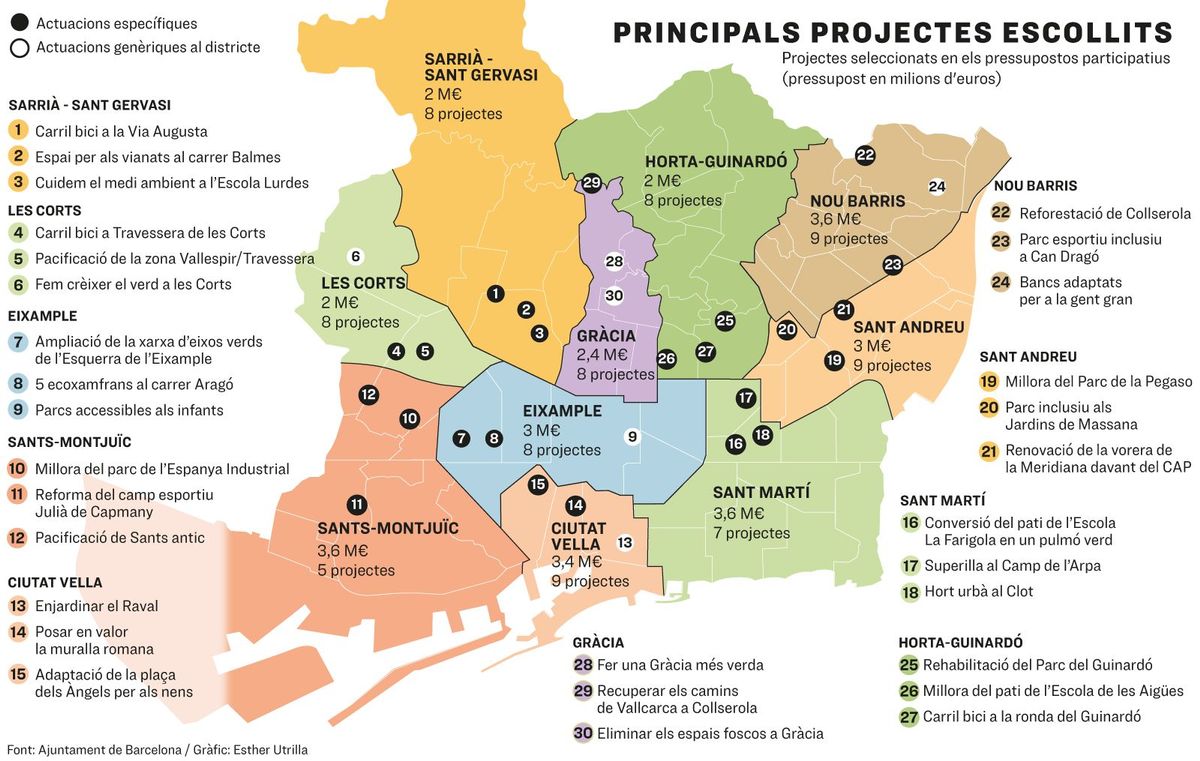