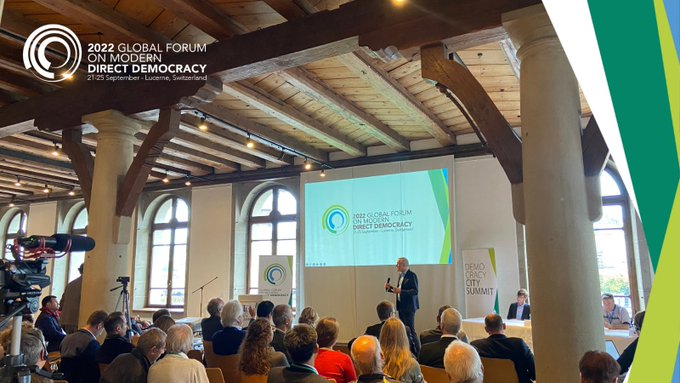 A new edition of the Global Forum for Direct Democracy was organized in Switzerland for the first time after the pandemic. Mayors, elected officials, researchers and activists participated during several days of debate and reflection on the challenges of democracy in the context of the post-Covid context, the war in Ukraine and the climate crisis. IOPD was represented by the mayor of Valongo, José Manuel Ribeiro, who participated in the opening plenary and highlighted the role of local governments in promoting grassroots democracy.

Adrià Duarte, IOPD coordinator, moderated a session on the role of citizen initiatives and direct democracy in addressing climate and environmental challenges. He was also present at the Cities Summit on October 24, 2022 together with representatives from Amsterdam, Bucharest, Lausanne, Leon and Nancy. 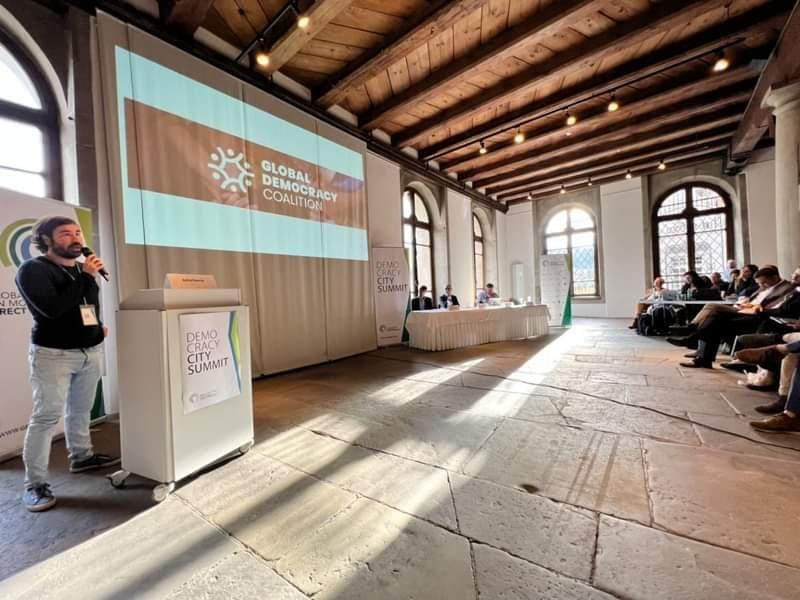 Within the framework of the Forum, the Tour of Switzerland for Democracy was organized, which included visits to the federal parliament and the House of the Cantons in Bern. Finally, on the 25th, the Forum participants were able to follow the voting day in Switzerland as observers.

The next edition of the Global Forum will take place in Mexico City next March 2023 and with the National Electoral Institute of that country as part of the organizing committee.