"Since Participatory Budgeting, we have seen an uptick in local elections and boarding commission applications"

The IOPD interviews Andrew Holland, Community Engagement Manager at Durham City Council, to know more about the project awarded with a Special Mention 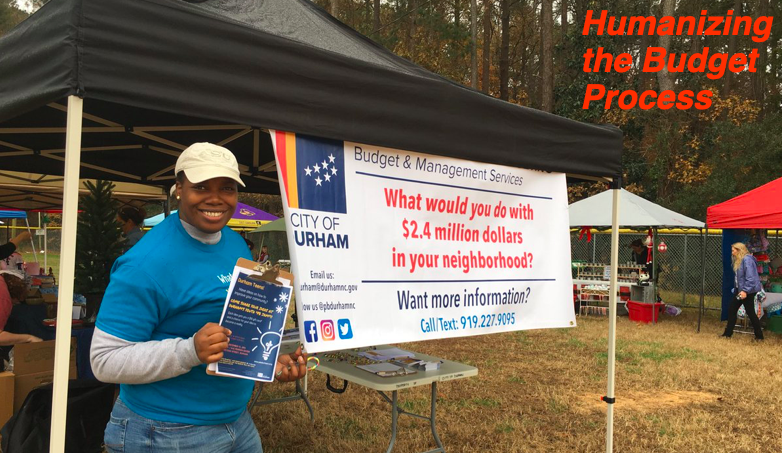 The Community Engagement Manager of the Durham City Council (NC, USA) was interviewed by the IOPD staff in the framework of a series of conversations with IOPD Award-winning cities and regions. During the interview we touched upon the workings of the project "Humanizing the Budget Process" and about participatory budgeting more in general.

Andrew Holland first outlined what PB Durham is and how it was adopted. He explained that the City Council decided to allocate $2.4m to residents over 13. This amount was divided into small amounts allocated to each district within the municipality of Durham. The City created a platform for citizens to present their proposals, including a mapping tool to ease the suggestion process.

The Community Engagement Manager explained PB Durhan is currently at the implementation stage. He provided us with a sneak peek of the projects currently underway, such as tree planting and mental health service provision.

Regarding the main challenges faced by local authorities, Andrew Holland pointed out the proposal development phase. He acknowledged that the intensity and duration of the technical assistance required at that phase were underestimated.

Finally, Holland highlighted the increase in participation in Durham local elections, which government officials linked to the implementation of the PB programme. He also mentioned that the number of City Government Boarding Commission applications had grown.

You can watch the full video here: