We conducted a national survey of 24 oblasts (regions) and local government representatives to find out the needs of communities, the relevance of implementation and national PB models. After that we prepared an analytical report and developed a concept of national PB with three implementation options. We sent our proposals to the Cabinet of Ministers, where they were considered and a joint working group of three ministries was established: the Ministry of Community and Territorial Development, the Ministry of Justice, the Ministry of Finance, to which our team was involved as initiators.

Later on, we involved international organisations (EGAP, PAUCI, DRI) and national voting platforms (e-Democracy, Socialboost), holding public expert round tables, meetings and discussions, and we developed four models of national PB implementation. When presenting them at the working group, the implementation of the national PB model within a separate state fund for regional development was identified as a priority. Subsequently, together with the Ministry of Regional Development, we worked out amendments to resolution 196 and order 80, and the Verkhovna Rada (Ukrainian parliament) voted for an updated version of the Budget Code and Budget, where the national PB is not only enshrined as a new national tool for public participation and funding, but also enshrined in law as a permanent mechanism - that is, the sustainability of all processes.

Now, an all-Ukrainian Participatory Budgeting becomes a national participation instrument by involving citizens in the distribution of state budget funds, submitting projects, identifying the most priority ones through electronic voting and monitoring the implementation of the winning projects.

The state budget guarantees the financing of the all-Ukrainian Participatory Budgeting: up to 10% of the State Regional Development Fund, which is distributed in all 24 regions. 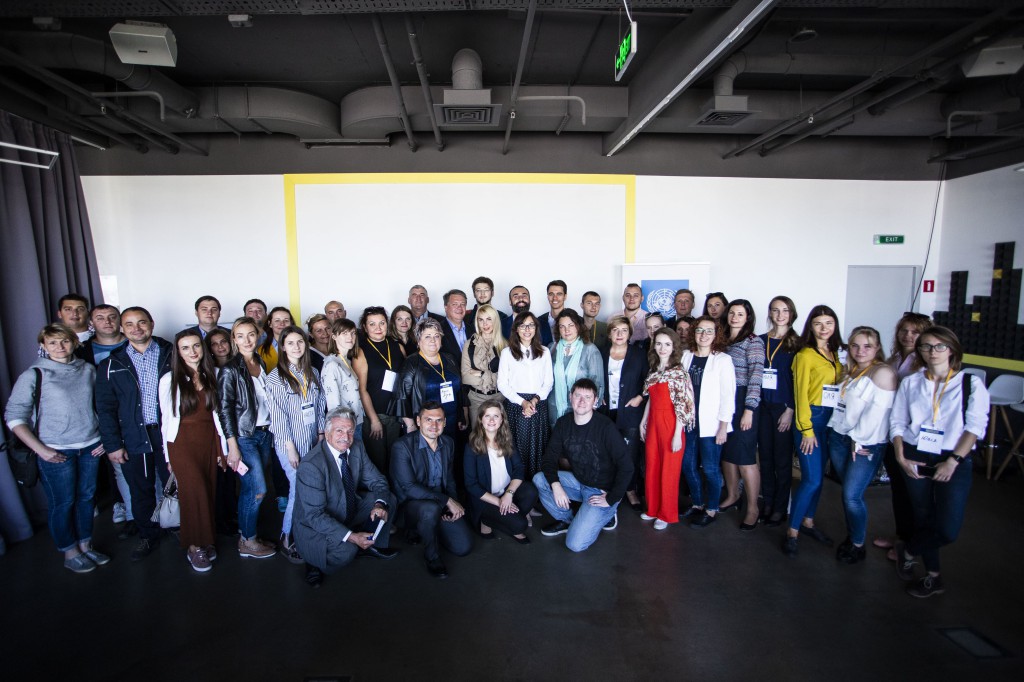 Previously, funds from the State Regional Development Fund were only distributed by the commission without any community influence.

Now, it is a tool for financial decentralisation and motivation for the institutional development of local communities and territories, which can independently determine by electronic voting which projects will receive some of the public funds.

As of today: 2 regions held a competition for national PB (28 projects submitted) and selected projects-winners, the decision of the Cabinet of Ministers has allocated financing for 1 project, 4 regions adopt provisions, 12 regions have developed regulations and are ready for approval. 2 national voting platforms have already updated its electronic systems and adapted them for national PB. Voting for national PB projects has already taken place.

This experience was implemented by the Ukrainian parliament, government and the Ministry of Communities and Territories Development of Ukraine. Now we have this practice in our budget code.

The Association of Ukrainian Cities provided proposals for the national PB model and facilitated the study. Regional state administrations - involved in the development and implementation of the Ministry's national PB model - developed and approved amendments to resolution 196 and government order 80. National voting platforms EGAP and Socialboost - took into account developments. The profile committee of the Verkhovna Rada (Ukrainian parliament) approved amendments to the Budget Code of Ukraine. People's Deputies of the Verkhovna Rada approved amendments to the Budget Code of Ukraine. International and national experts provided proposals for the model of implementation of national PB. Regional state administrations developed and adopted regulations and conducted a competition.

Based on this, all public actors, stakeholders, and actors who shape and implement public policy at various levels (national, regional, local) were involved in the consultation process and their views were taken into account. Accordingly, the decision was developed and agreed upon simultaneously with existing actors and processes. This ensured the success of the national PB.

An all-Ukrainian participatory budgeting is an innovative tool because it provides a new state policy of participation and decision-making. It also establishes an inclusive dialogue between public authorities (central and local authorities, citizens and businesses).

Our goal is to form a new state policy on cooperation between all subjects of the public sphere: citizens, central and local authorities in the context of decentralisation reform in Ukraine. The national PB is the tool that provides communication, interaction, dialogue at all levels and ensures the outcome and protection of the rights and freedoms of citizens and their needs at the national level. It undoubtedly makes it possible for their voice to be heard, and the opinion is not only taken into account, but also reflected in the specifically implemented joint projects. This ensures a practical implementation and embodies the principles of good governance, promotes the realization of the Convention for the Protection of Human Rights and Fundamental Freedoms and becomes an instrument of citizen influence on the processes of financial decentralization in Ukraine. Here lies innovation of our proposal and, in our opinion, an example of the practice of involving and participating citizens in democratic decision-making processes at the level of the whole country.

Every government can copy and transfer this participatory instrument to their countries. The national PB model can be extended to other countries, as it is multi-layered, adaptive, built on the principles of democracy and decentralisation, taking into account the peculiarities of local self-government, including various forms of financing, administration and decentralisation.

The largest reform of the administrative-territorial system is being completed in Ukraine:

decentralisation, including financial decentralisation. Experts of our team together with representatives of central executive bodies, deputies and the Association of Ukrainian Cities took into account all aspects of the reform during the development and implementation of the national PB.

Evidence of the success and sustainability of our model is the fact that the national PB, as a tool, was started by the previous government and continued by the new Cabinet of Ministers, which allocated funding for winning projects.

Full involvement of stakeholders and consideration of possible risks is an indisputable success of our project, as it allowed us to take into account the needs and interests of all stakeholders, making it possible to ensure the sustainability of results.

Examples of stakeholder involvement include:

- working groups at the level of ministries

- meeting with the First Deputy Minister of Regional Development

- involvement in the advocacy of the Council of Europe project "Promoting citizen participation in the democratic decision-making process".

National PB has introduced a transparent and objective mechanism for evaluating and determining the winners, which prevents falsification and manual control of the process - electronic voting with identification and confirmation of the voter: Bank-ID, electronic digital signature, Mobile-ID. As an example, we cite the voting for VGB projects in two regions: Poltava oblast and Chernihiv oblast. Communication and interaction took place through traditional communication channels (working groups, commissions) and through electronic platforms.

After completing the voting procedure (8,250 people voted for the project) and determining the winner, the procedure and rules of the competition ensure the submission of the project for voting and approval of funding, which was also done publicly and informed the author of the project, which he also announced publicly. Project evaluation reports will be posted on the official web portal of the Ministry of Regional Development in accordance with the procedure, as a guarantee of transparency, publicity, control and equal access to information for all national PB participants and the community.

The most straightforward and feasible model I've seen for how to scale up PB to the national level in a meaningful way, especially for COVID times when digital participation is more important. The project can still improve its evaluation mechanisms.