Agenda for gender equality of the Puglia region

The Region of Puglia in Italy, for the occasion of the International Women's Day on 8 March 2021, has started a participatory process to adopt a Gender Agenda. This project aims to provide the Regional Council, each department and all regional technical-administrative structures with a strategy to overcome gender gaps. This involves identifying priority areas in the dimension of quality work and training, sustainability and innovation, education and welfare, quality of life and the fight against gender stereotypes and violence.

Objectives of the participatory process

The process aims to achieve specific objectives such as :

Objectives of the Gender Agenda

The objectives define a systemic, articulated and multidisciplinary strategy that responds to the objective of containing and addressing the current emergency, but also of orienting the directions of development to close the gender gap and create the conditions for truly equal access for women to the constitutionally guaranteed rights to work and quality of life.

In this context, five macro areas of comparison were identified around which the Authority invited specific contributions and proposals.

After the elaboration of the first version of the project, a second phase is planned, mainly addressed to the outside of the Administration, for a capillary action of listening and comparison that, while starting from the institutional subjects and all the organisations that make up the Economic and Social Partnership (ESP) for Unitary Planning, gives voice and dignity to the contributions and analyses of the networks and organisations committed in the regional territory to the empowerment of women and the fight against all forms of gender discrimination.

Through a participatory process, the requests from different segments of civil society, the productive world, social, cultural and political organisations are received and then elaborated by the multidisciplinary and interdepartmental working group that has been formally established at the General Secretariat of the Presidency.

By 23 May, the Region had collected memberships and contributions from women's associations, networks, other organisations and groups involved in the topic and policies. All the subjects that have been accredited by this date will be invited to participate in the listening and discussion meetings according to a calendar that is being drawn up.

Until 15 June 2021, all citizens could send a contribution on the Gender Equality Agenda, by consulting the attached documents and filling in a form. 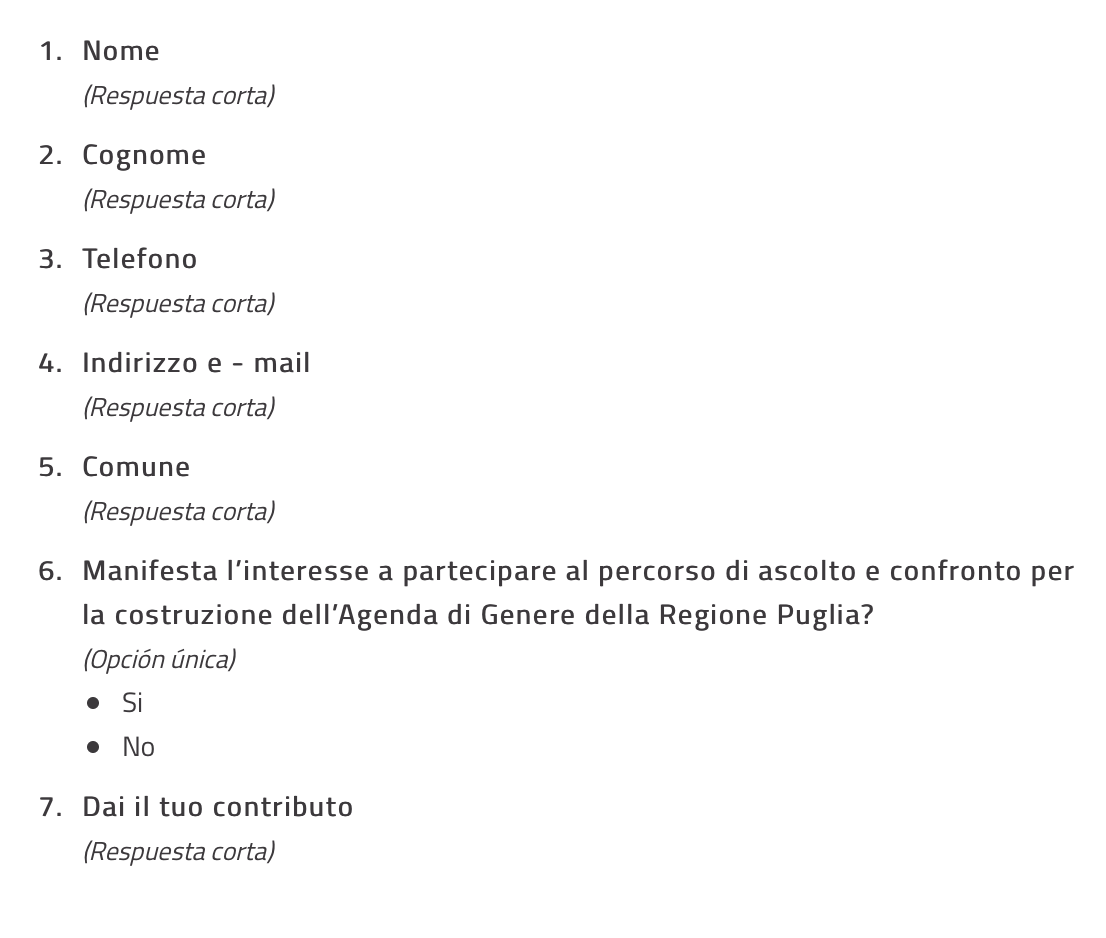 The Agenda for Equality between women and men aims to define a strategy that addresses both the urgency of COVID 19, it focuses on safeguarding female employment, and the structural gender gap, with the idea of insisting on a qualified presence of women in economic and social life. This means supporting investments and actions, also innovative, which concern all policy areas: from welfare to training, from culture to economic development, from transport to the environment, from landscape to housing policies, to the digitalisation of gender equality. 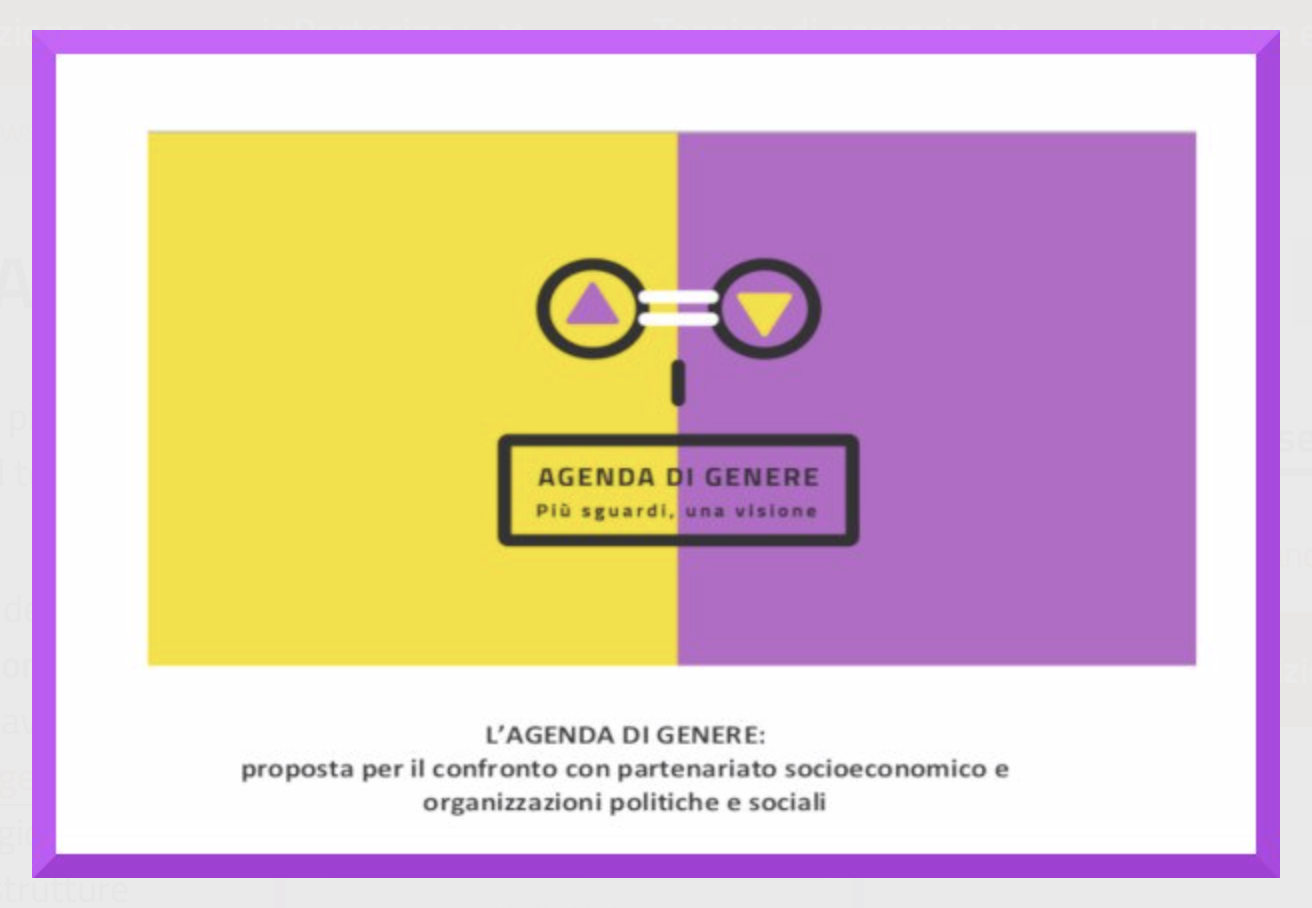 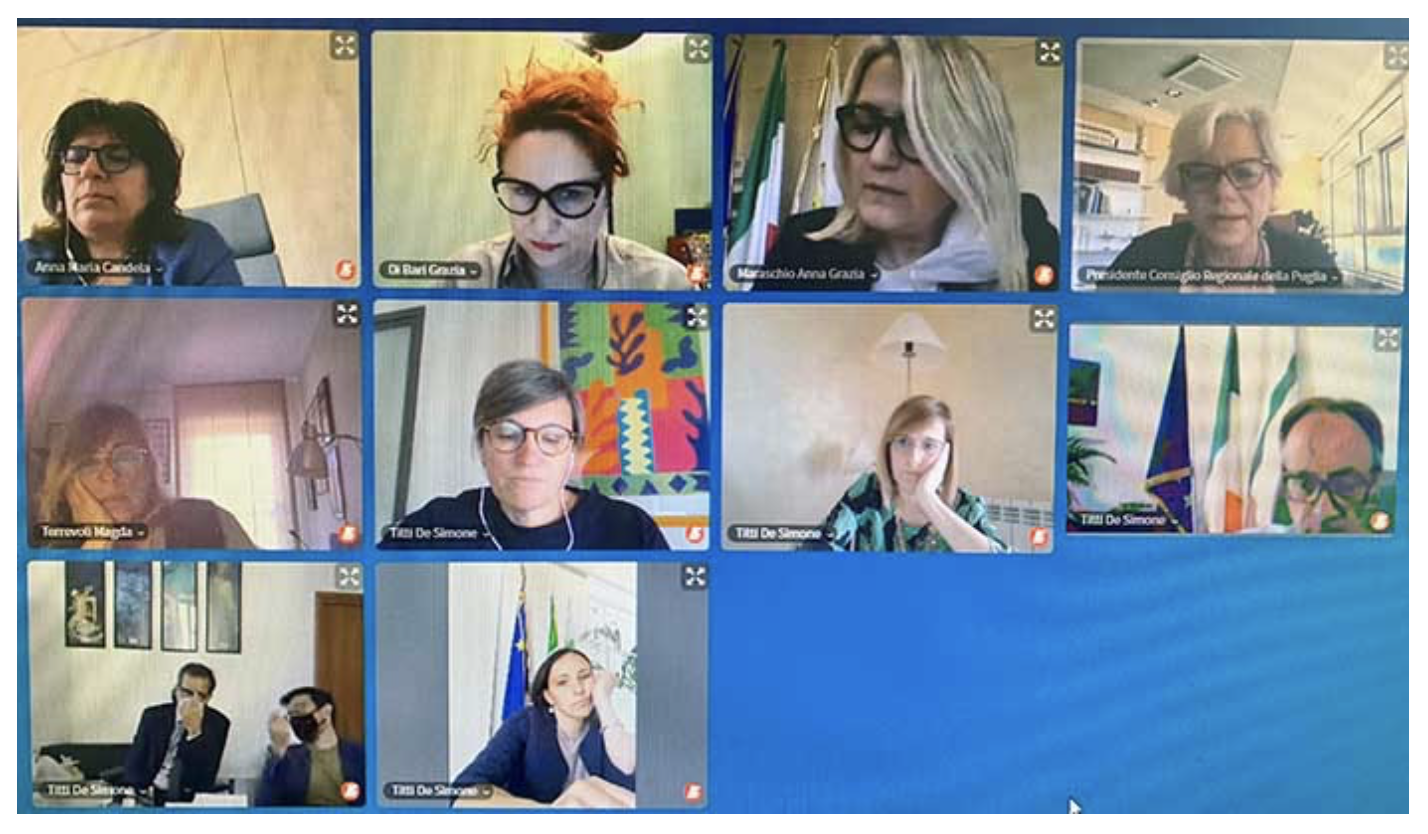 Socio-cultural and economic context in which the project was born

One year after the beginning of the pandemic, the increased workload resulting from the closure of schools (but also from remote working) has considerably affected the structural gender asymmetries.

The effects of the crisis that has hit the whole planet have accentuated pre-existing gender inequalities, affecting not only women in precarious and temporary employment but also self-employed women, in a serious and different way from the past, generating new forms of discrimination. In Italy, the decline in employment over the past year has been mainly female, especially for southern Italy, which has a very heavy balance sheet. The fall in the employment rate for Italian women is 1.5% in one year and for men 0.5%. The gender gap in employment rates in Italy was already among the highest in Europe before the crisis (around 18 points out of a European average of 10), with a female employment rate in the South that leaves one speechless. In the Mezzogiorno (ISTAT 2018 data), only 32.2% of women aged 15-64 were working (59.7% in the North), a value even lower than the national average for women aged 43 and over.

Furthermore, women's participation in the world of work is very much linked to family responsibilities and the importance of employment. Childcare services in the Mezzogiorno (center and south Italy) are far from the European average of 33%. In order to emerge from the recession and the growing economic fragility of a large part of the nation, it is necessary to activate the productive and transformative energies of women. Indeed, gender inequality aggravates and exacerbates the gap between North and South.

A programme designed in line with the sustainable development goals

Reducing gender gaps in employment and in economic, political and social participation is one of the key factors for sustainable development.

The current debate on gender equality policies and the urgency of intervening to reduce the gender gap predetermines economic and development policies, education and training planning, teacher training and training of trainers.

The urgency of intervening to reduce the gender gap therefore intersects with economic and development policies, with the planning of all the structural interventions necessary to support employment and prevent the gap - economic, cultural and social - between the North and South of Italy.

In the South, employment is not only increasingly scarce than in the North, but also less intense in terms of hours worked, less stable and less qualified, and the pandemic crisis has only accentuated these inequalities. In addition, there is the issue of wage inequality and precariousness, and at the same time the gap that still exists in terms of employment, and while the North and Central West manage to ensure good and/or sufficient levels of inclusion for women and the under-18 population, guaranteeing living conditions close to those of other countries, the South does not have these results. 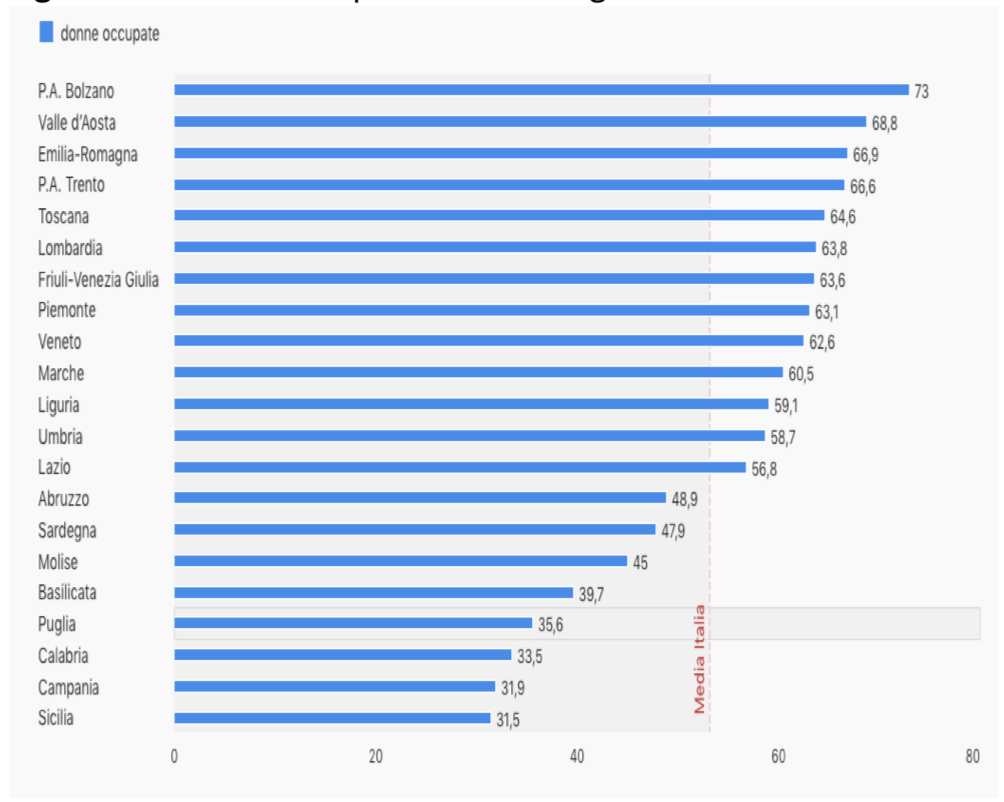 The Puglia Gender Agenda strategy proposes to reverse the traditional paradigm of public policy planning, which is traditionally sectoral and strongly conditioned by the availability of funds.

The preferred working method was defined on the basis of the general declared objective: to reduce the gender gap in order to pursue equity and equal opportunities for all, and this was the subject of a careful analysis of documents and acts of orientation and programming.

The achievement of gender equality, for the empowerment of all women and girls, coincides with goal 5 of the United Nations 2030 Agenda for Sustainable Development and in the Agenda there are specific targets. (see page 5 of the Proposal for discussion with the socio-economic partnership and political and social organisations).

The phases of the process 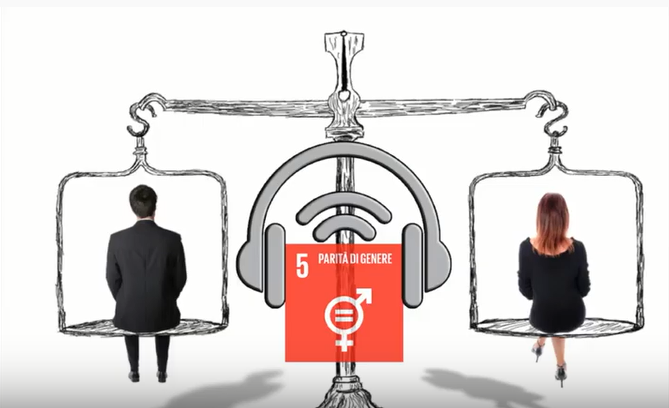 Press article on the Regional Council