Citizens and Administration decide together, for the first time, how to invest 20 million euros throughout the territory for the protection of urban decor.

The main objective is to bring the public administration and citizens closer, allowing those who live or carry out activities in the city to have a fundamental role in the decision-making process.

"The Capitoline participatory budget is actively addressed to all the subjects that Article 6 of the Statute recognizes as holders of participation rights:

- citizens registered on the electoral lists of Roma Capitale;

- non-resident citizens, who enjoy active voting rights and carry out their main study or work activity in the city;

- foreigners of age, legitimately present in the territory for study or work reasons. 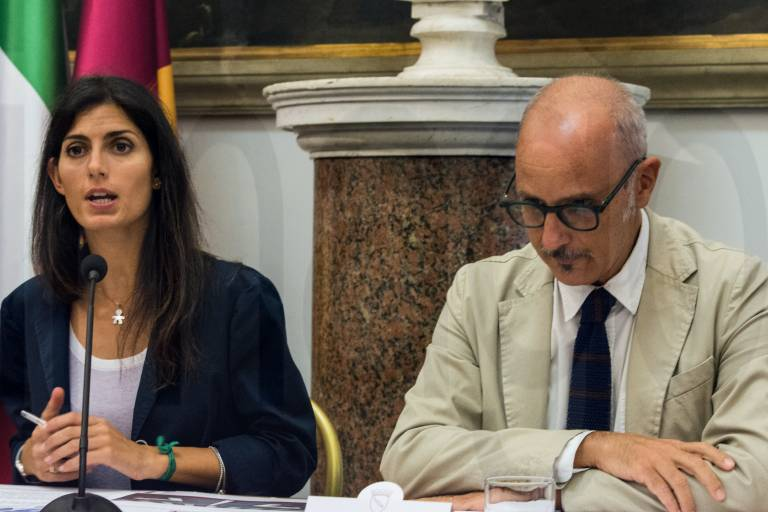 If the population of resident citizens represented the most consistent reference target (as the participation numbers have shown), the other two types of users fall into the macro-category of city users, to whom the Capitoline Administration recognizes a position equal to the former - with regard to participation rights - due to the consistent specific weight in the use of urban services and spaces, in a metropolis that constitutes a natural attraction pole for students and workers at national and international level. In addition to citizens and city users, there is a third category of subjects called to actively participate in the Budget: the Municipalities, expressions of that part of the Administration closest to the territory and, for this reason, profound knowledge of social problems and issues. They were given the opportunity to become promoters of intervention proposals shared with the citizens, reserving 20% of the basic quota of resources allocated to each territory for these initiatives. This form of interaction between municipal administrations and citizens has made it possible, despite the stringent deadlines, to implement forms of co-planning on the territory in order to reach and give voice to even those portions of the population that are not digitized, further strengthening representativeness and legitimacy of the interventions to be included in the financial statements ".

With over 3 million inhabitants, Rome is the most populous city in Italy as well as the Capital. Starting in 2019, the Roma Decide project was launched with the aim of bringing the public administration closer to citizens.

As early as 2018, Roma Capitale started a first experimentation of participatory budgeting in the territory of Municipality VIII with the aim of directly involving citizens in the decision-making process, facilitating discussion and responding effectively to the needs and requirements of the population. The residents and city users of Municipality VIII were asked to express their opinion on how to use about 17 million euros to be allocated to public works in the municipal territory for projects concerning four distinct thematic areas (environment, landscape and public green; sustainable mobility and accessibility; redevelopment urban and infrastructures; transversal projects), directly elaborating proposals and / or adopting planning of the Administration. The process, divided into 4 phases, in the period between June and September 2018, was coordinated by the Participation, Communication and Equal Opportunities Department and managed by involving various structures of the Capitoline Administration.

In 2019, the project was definitively launched throughout the municipal area. The main steps were as follows:

- 7 August - 4 October: technical-administrative-financial evaluation of the proposals of citizens and those of the Municipalities

The intervention proposals, presented by residents in Rome and by those who study or work in the city, have been published on the institutional portal and have collected online support. Those that passed this first step were evaluated by an Administration Board, for a technical-economic feasibility viability. At the end of its work, 111 proposals were admitted to the final consultation.

The budget dedicated to the initiative was 20 million euros, intended for the interventions identified at the outcome of the various stages of the process. These resources were divided among the 15 Municipalities according to a ratio that took into account the demographic weight and the extension of each territory, reserving a quota of 2 million euros as a "reward" for those territories that had proved to be more virtuous in terms of participation. - € 16,875,000 dedicated to the implementation of interventions within each municipality.

- € 750,000 assigned to the first five Municipalities, identified on the basis of the number of votes received by the projects for the related territorial areas, taking into account the demographic weight of each Municipality

- € 1,250,000 divided between 15 Municipalities, in proportion to the resident population.

"Today is an important day in the history of the Administration", declared the former mayor Virginia Raggi at the presentation of the project, "because Roma Capitale is equipped with a tool that makes citizens co-protagonists in the choices that affect their city. A part of the budget funds will in fact be allocated to projects presented by those who live, study or work in the capital. Projects that, for this year, will concern the theme of decoration, that is, the care of the neighborhoods in which we live. We thus want to establish an active citizenship mechanism that is not limited to the decision on where to allocate the institution's resources but, through the collection of initiatives, pushes everyone to work together for Rome ".