Contribution of participatory budgets to climate adaptation and mitigation, from the perspective of the construction of the right to the city

The moderator of the table pointed out that this is the first time that there is a meeting on how cities are facing the challenges of climate change from the perspective of participatory budgets. 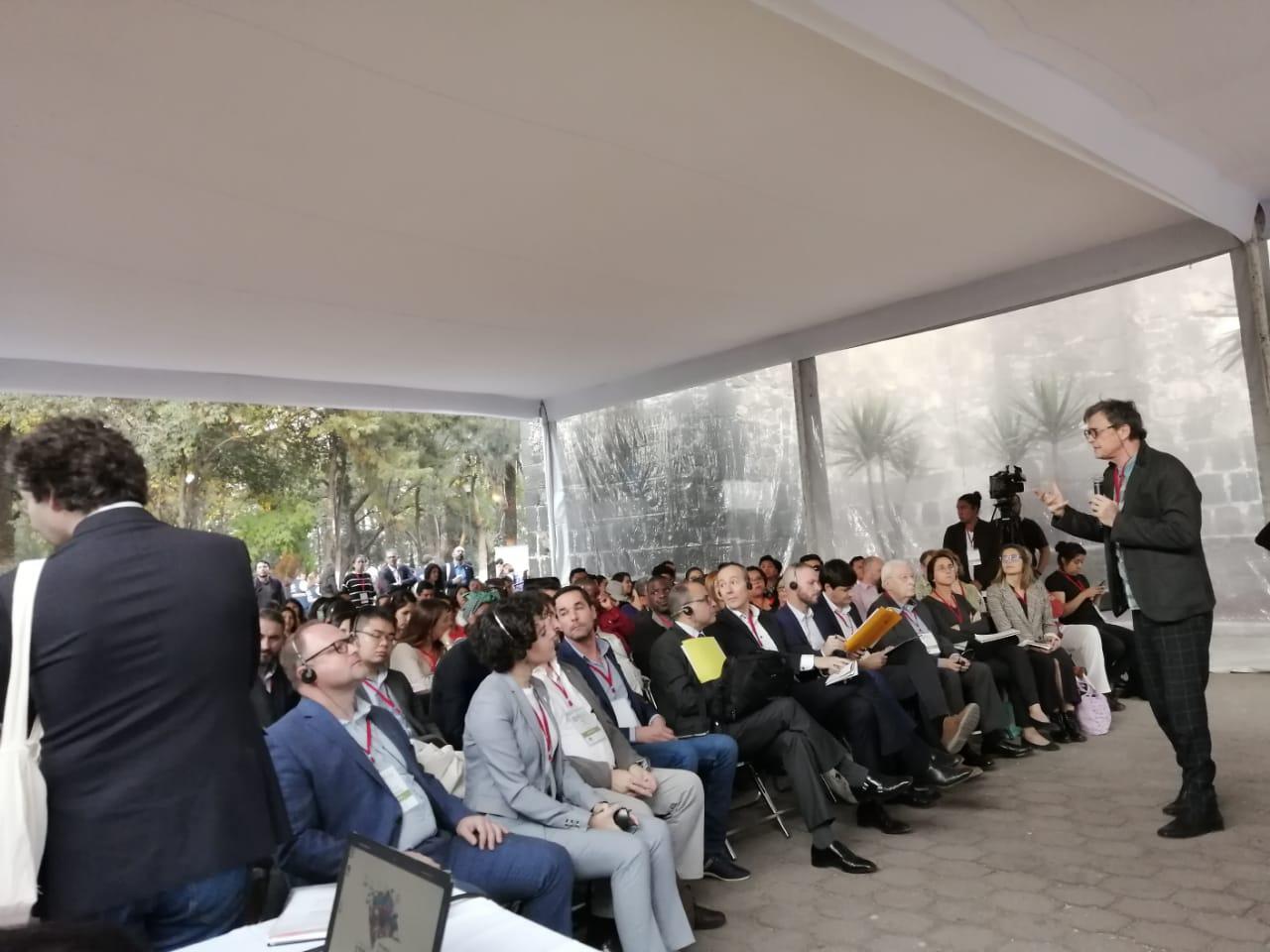 She pointed out that the session is very useful for the government of the CDMX, because there is a deep interest and an ambitious strategy to strengthen the fight against climate change in adaptation and mitigation through initiatives such as strengthening biodiversity, recovery of rivers, etc., adding that it is very valuable to include the participation component in these strategies based on international experiences.

The speaker stated that climate change is a climate injustice: while Africa is responsible for 4% of greenhouse gases, it suffers the consequences to a greater extent: desertification, flooding and the impact of food security, infertility and salification of the land, displaced people... In the face of this challenge, participatory budgets have been promoted under the premise of how important it is that territories can be organised by building a local pact between citizens.

José Manuel Ribeiro, Mayor of Valongo and President of the RAPP, Portugal

In the case of Águeda, citizens can decide on 500,000 euros of the municipal budget, and from the age of 16 they can present proposals at the local sessions. The speakers mentioned that they have several communication strategies such as the online platform, newsletters and promotional videos. Among the winning projects are one of the routes and trails and the botanical park of Vale Domingos, which promotes local consumption, the planting of native trees, electric transport, paper saving and recycling of consumables.

The participatory budget in Russia has more than 18,000 projects implemented in 15 regions. The selection criteria, in addition to the level of citizen participation and the level of contribution of local actors, include a 20% "social and development effects of the projects", which among other things takes into account positive environmental effects. The most popular types of projects have been especially in rural areas and with social infrastructure: roads, water, fire protection...

The speaker pointed out that the participatory budget process included housewives, vendors and immigrants, to build an environment where everyone could be treated as citizens. Community members were invited to meetings at the town hall, while in their communities they discussed the projects and invited experts together with NGOs to transform ideas into concrete proposals. Chien-Yu Lin indicated that addressing the challenge of climate change through the development of such projects is indispensable.

Bordeaux is a port region in Aquitaine, a region with an agricultural and forestry vocation, hence the importance of biodiversity. Its message reinforced the idea that a wider public should be interested in public policies and the fight against climate change, instead of starting from a base of intellectuals and thinkers. Despouys Maëlle stressed that the construction of the participatory budget for the transition to this ecological vision involved interdependent work among the inhabitants. Forty-one projects have been carried out in two years, including the replacement of ornamental trees with fruit trees that guarantee biodiversity. 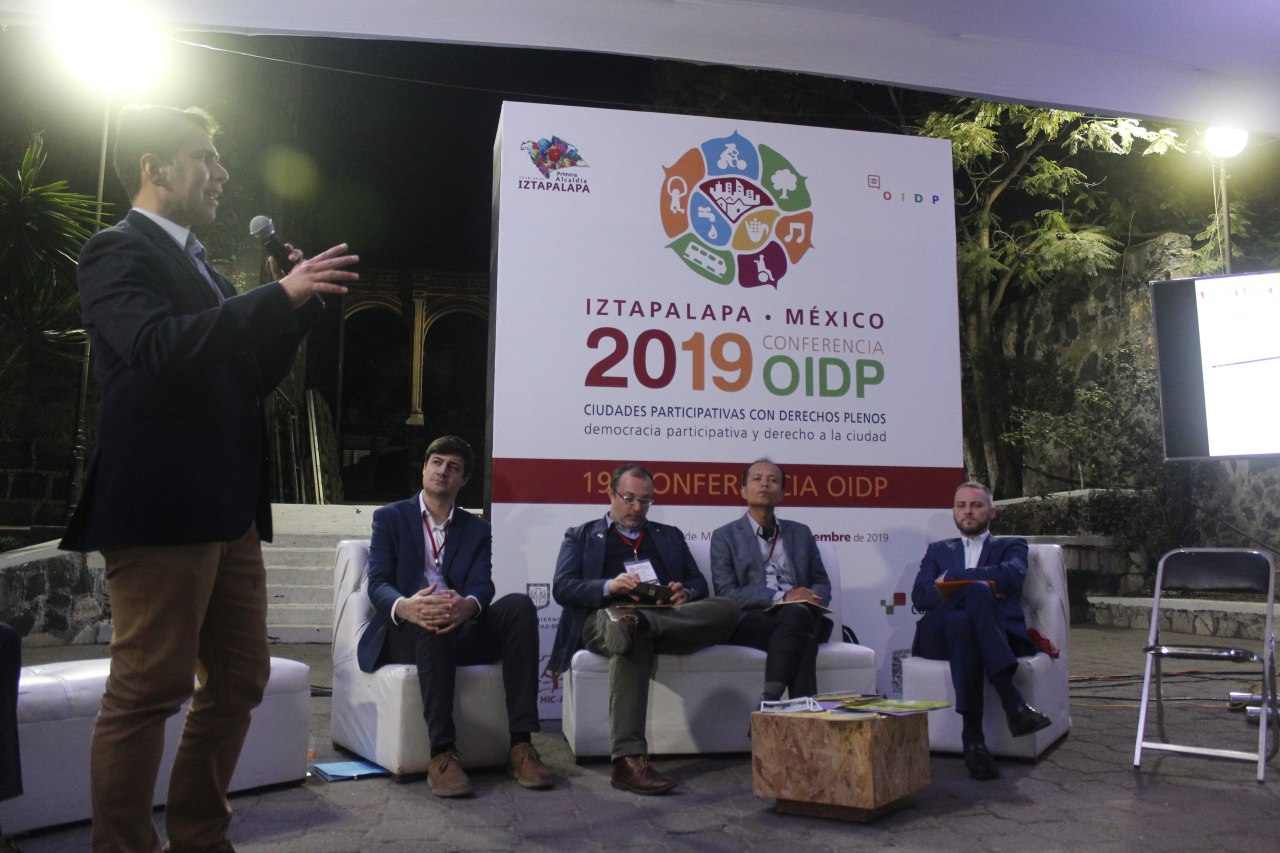 The municipal budget of Molina de Segura only contains 3% of the participatory budget. Between 2015 and 2019, only 5 of the 210 proposals presented dealt with the environment. To show the urgency of prioritizing these initiatives in the participatory budget, it exemplifies two projects which, if they had been carried out, would have helped to mitigate an atmospheric depression they suffered in 2019. In order to reverse the trend, the Municipal Environment Council is being reactivated, and awareness raising actions are being increased, such as the workshop on Climate Governance and Urban Sustainability or the Participatory Youth Budget and Climate Change.

City Finance Lab is a support platform that develops innovative, replicable and scalable financial solutions and increases investment in climate resilience solutions, low carbon projects for sustainable development of cities. He mentioned as one of the examples of the work they have carried out, the guide of the Paris Green Fund, which aims to help other countries that want to develop similar experiences to this private investment fund.

The Italian region of Lazio introduced, between 2005 and 2009, the mandatory participation of the region's citizens in the design of the budget. The speaker stressed that the region had set up a €5 million fund for works that proved to be environmentally friendly, and another €5 million to discuss clean energy and health issues. Inter-municipality was also privileged (municipalities acting together could access more funds). Currently, the municipalities are starting to work on common property pacts, placing orders for urban gardens or bicycle mobility, green walls, and environmental movements are being born.

The speaker pointed out that participatory budgeting is now being given more impetus in order to tackle the problems of communities from within, and that the work of the foundation has consisted of making communities understand the problem of climate change. In places such as Java, they are facing the problem of water salinization and groundwater, and have implemented community forums to understand climate change and support initiatives such as the restoration of local-type mangroves and attracting wildlife. In addition, there are already many green tourism projects that are funded by various means.

The Deputy Mayor stressed that the city of Metz is a pioneer in terms of ecology, with 600 hectares of green spaces, and one of the greenest in France. He mentioned that the participatory budget of Metz evolved in 2019 to become the first eco-citizen participatory budget. He pointed out the investment of 4 million euros in 300 projects such as the "greening" of Metz, the drafting of AGENDA 21, actions by neighbourhood committees, actions by the Municipal Council for Children, welcoming the Sustainable Development Goals in Metz or the citizens' workshops for training and debate on ecology.

Moderator Yves Cabannes highlighted that networks of municipalities (such as the RAPP) are promoting participatory budgets and other participatory mechanisms to address climate challenges. He highlighted how participatory budgeting exercises in Russia are enabling fire-fighting in highly productive areas, with a high effect on the country's economic development, and could serve as a learning experience for Mexico. He pointed out that in Lisbon, Águeda, Molina de Segura, Bordeaux and Metz there is an interesting possibility of thinking with children and young people so that they can take ownership of the subject.