Public consultation on reducing dependence on fossil fuels in Montreal

Description of the context:

In Montreal, citizens have the right of initiative, by which they can ask the administration to carry out a public consultation on a certain subject. This right is enshrined in the Charter of the rights and responsibilities of citizens, which is a regulation adopted by the Council.

It is through this mechanism that a citizen movement was created to demand a consultation on how to reduce reliance of Montreal on fossil fuels, in the context of the Climate Conference in Paris in December 2015. This demand led to a mandate submitted to the Office of Public Consultation of Montreal on April 15, 2015 to head up a public consultation.

The Office of Public Consultation of Montreal is an organization that depends on the town hall of Montreal and is mandated to consult on any matter referred to it by the full City Council. Normally they deal with issues relating to regional planning, but that does not exclude other subjects, as in this case we present. The Office of Public Consultation of Montreal is conceived as a neutral agency with a mandate to listen to citizens, encouraging their participation and produce reports of the consultations with recommendations for elected officials. 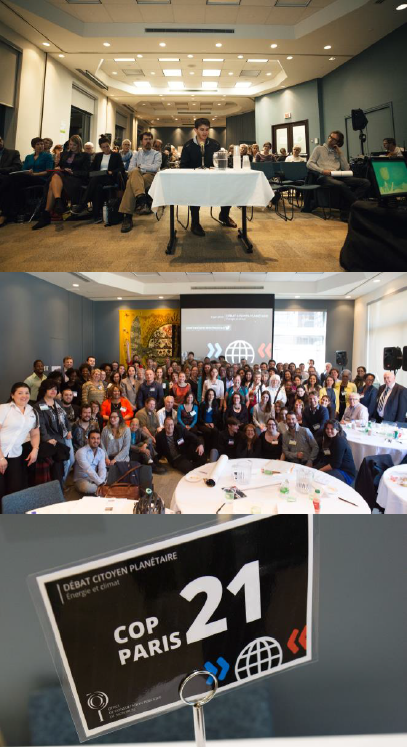 The objective of the consultation was to ensure that the greatest numbers of citizens participate, and especially to achieve a representation of the various cultural and ethnic categories in the city. In this regard many efforts have been made.

The very purpose of the consultation was that the citizens identify the main challenges facing the challenge of reducing dependence on fossil fuels Montreal.

In addition, they sought that citizens bring realistic and workable solutions to achieve the objectives of reduction. It was important that the debate includes all city stakeholders, especially industry and commerce, the city administration itself and citizens and customs of everyday life.

Description of the experience:

After receiving this mandate, the Office of Public Consultation of Montreal made contact with the citizen group that promoted the consultation through the right of initiative. At first it was conceived a process that includes activities to the Conference cop21 between June and autumn of 2015.

The first activity was the Planetary Citizen Debate on June 6, organized by various players, including World Wide WIEWS, under the auspices of the Secretariat of the United Nations climate change. Similar meetings are organized in over 100 cities worldwide to find solutions to the problems caused by climate change. All participants in all cities do the same procedure and the consolidated results were presented to the Secretariat of the United Nations climate change to be shared with the negotiating teams of cop21. Montreal was one of the participating cities, and the OWHC coordinate this day. In autumn activities, more focused on the mandate of reducing dependence on fossil fuels are taken up. Various forms of participation were implemented. In October a first Informative Assembly was performed.

This time, the administration presented all the measures undertaken in the previous years in order to reduce dependence on fossil fuels. In parallel the OWHC put all the documentation available on its website.

Furthermore, it launched an interactive platform for participation allowing citizens to participate in debates. This platform allows the exchange of ideas and solutions among citizens.

The Office has also prepared a guide and documentation to prepare citizens groups to self-organize for debates and discussions on the subject of the inquiry. The results of these discussions are shared in the participatory platform. This tool allowed you to reach segments of the population that is most difficult to achieve in such consultation. Thus, it was possible to reach an older audience, ethnic minorities, and young people with little education, who are generally more vulnerable.

Another activity was organized following the same methodology, aimed at the general public and free daycare service for children was established to encourage the participation of young families. All these activities were promoted in the media and social networks to achieve a high turnout.

One of the most important features of this consultation was to establish a basket of various consultation methods allowing everyone to find their most comfortable formula. In this way we get more diverse than in previous public consultations. Compared to traditional methods of consultation they exercise crowdsourcing, citizen to content creation and uses of innovative new technologies were added contributions.

Finally, all public input, both contained in the information meetings, and self-organized by citizens and through the Office or the online platform activities were included in a summary document that describes the priorities of citizens Montreal. This synthesis was presented to the mayor of Montreal and the City Council delegation that was to attend the meeting of mayors and representatives of cities was to meet in Paris on December 4 parallel to the cop21.

This query is inserted into an own mandate wider than cop21 and will continue after December 2015. 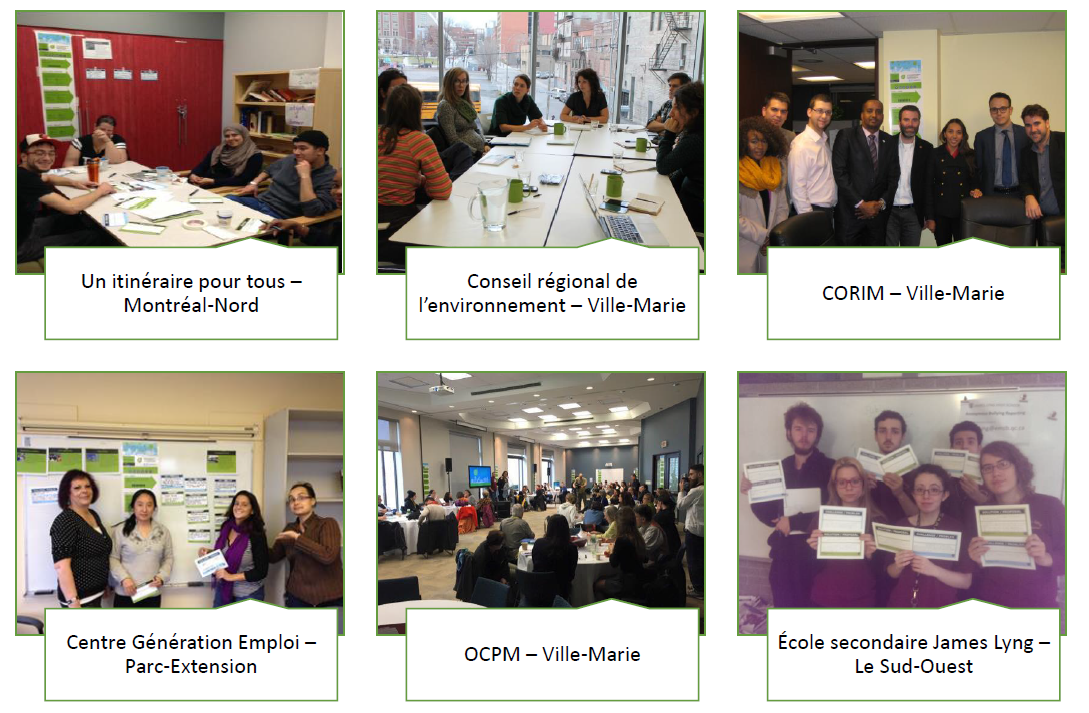