Participatory Process of Praça do Martim Moniz in Lisboa

This experience consisted of listening to and getting to know the opinions of the citizens, in the initial conception, for a future project to improve Martim Moniz Square in the city of Lisboa, more suited to the needs, desires and concerns of those who live, work or enjoy the square. A mixed methodological approach (quantitative and qualitative) was used for the Martim Moniz Square Participatory Process.

Citizen participation aims to create an inclusive and integrating space for the multiculturalism of the area and, in this way, guarantee the quality of the political decision in the future, taking into account the creation of value generated by citizen participation.

11 focus groups were carried out, with a total of 74 participants, with local entities or activities developed in the parish of Santa Maria Maior;

1009 citizens of different age groups, qualifications and 22 nationalities participated in the survey, and all parishes of the city were represented;

73 children from kindergarten and primary school participated and drew what they would like to see in the square.

The Martim Moniz Participatory Process, with the goal of promoting the requalification of this important Lisbon square, used a survey approach by questionnaire and Focus Groups (online). The aim was to know the relationship of the Lisboans with the square and collect ideas for its requalification. The survey was made available on the Lisboa Participa website and in person at Martim Moniz Square. It was a dynamic process, integrating the multicultural reality of that territory, with work in the field, of articulation with the local community and with all citizens in general. 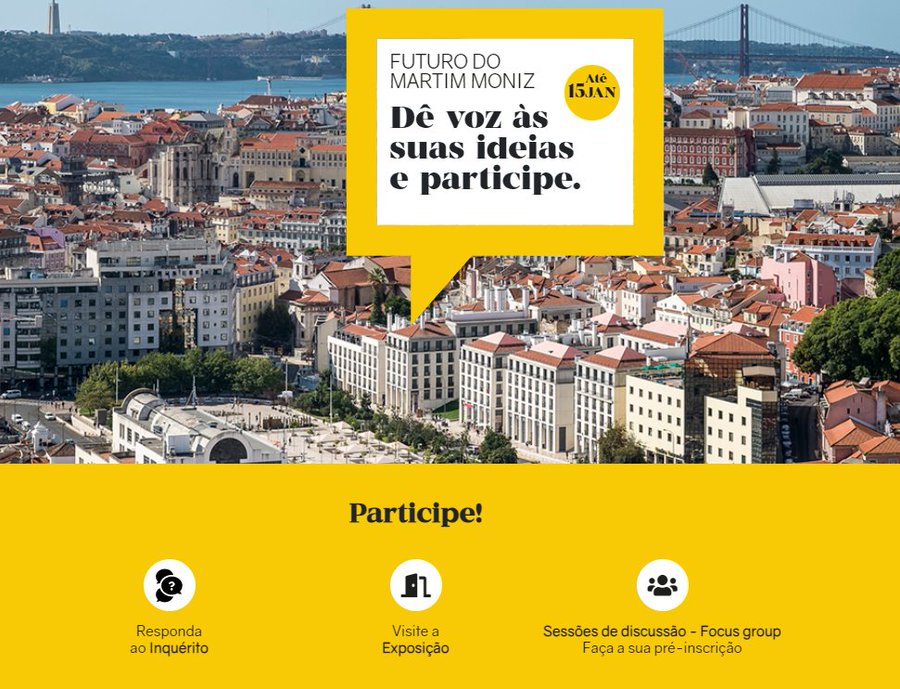 For the statistical analyses, the data from 1009 survey respondents were considered. The data collected was analysed using the quantitative method, with recourse to SPSS (Statistical Package for the Social Science) statistical software for the analysis of closed answers and relationships between variables. The open question of the questionnaire was addressed by grouping according to word clusters.  While the evidence gathered from the Focus Groups had qualitative analysis as methodology.

As for the methodology, it is contemplated: Publication of a draft report with the result of the participation, including a period for possible proposals for improvements to the document or complaints; Presentation at a Town Hall meeting of the conclusions of the public participation and a proposal for a preliminary programme of the project to alter the Martim Moniz Square; Technical and specialized participation, open and plural, for the development of spatial proposals (design of proposals that materialize the results of the public participation); Approval, in a Town Hall meeting, of the base programme for the international public tender for the Martim Moniz Square execution project; Involvement of partners in the field, namely, organizations, associations, institutional partners (parish council) and territorial networks.

11 online focus groups (discussion sessions lasting 60 minutes) were held, in order to collect contributions from citizens who usually do not participate in these initiatives (e.g., the international community, the elderly, young people), thus seeking to ensure the inclusion of various socio-demographic groups. The data was analysed by mapping expressions and ideas grouped by themes and recording their frequency (number of people who mentioned the expressions or ideas).

Complementary initiatives also included 1) a work session with the Movement "Jardim no Martim Moniz," to listen to the citizens who created a proposal prior to this participatory process to which is associated a petition with 1600 signatures delivered to the Municipal Assembly on 30 April 2019); 2) a challenge launched through the Parish Council of Santa Maria Maior to the Kindergarten and primary school of the parish for children to freely draw the future of the Square.

In this study, 1156 citizens participated (1009 in the survey + 74 in focus groups + 73 children with drawings) of different age groups, qualifications and nationalities. All of the city's parishes were represented in the survey.

A total of 11 focus group sessions were held, 7 of which with local entities or entities whose activity is carried out in the parish of Santa Maria Maior and which allowed the inclusion of various under-represented groups. 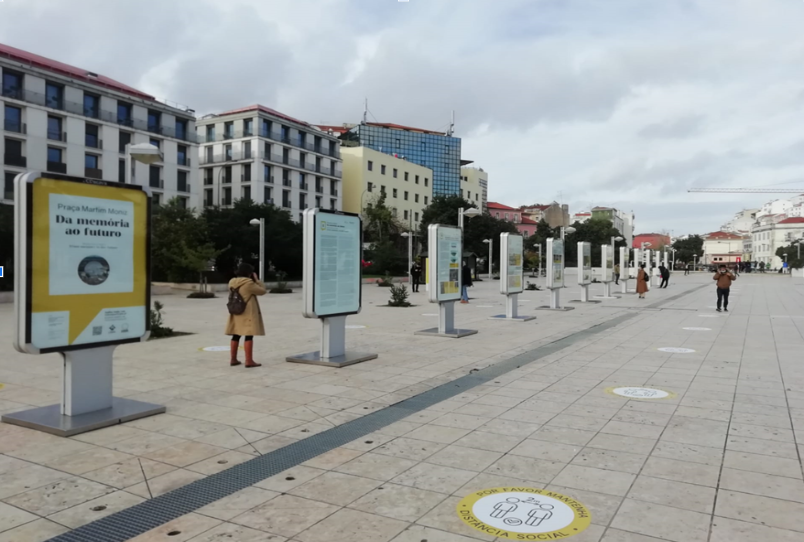 Some of the positive aspects are:

- Excellent intra-municipal articulation, junta de freguesia and consultants to carry out the project

- Openness of the project and communication effort

- Mostly virtual process [pandemic context]: it is doubtful, however, that this process will strengthen the inter-community and citizen links that will be important in future steps to be able to implement the ideas. A limited part of the process was off-line

- We do not know if the municipality will finally integrate the demands of the participants into the process. The whole impact of the process will depend on this