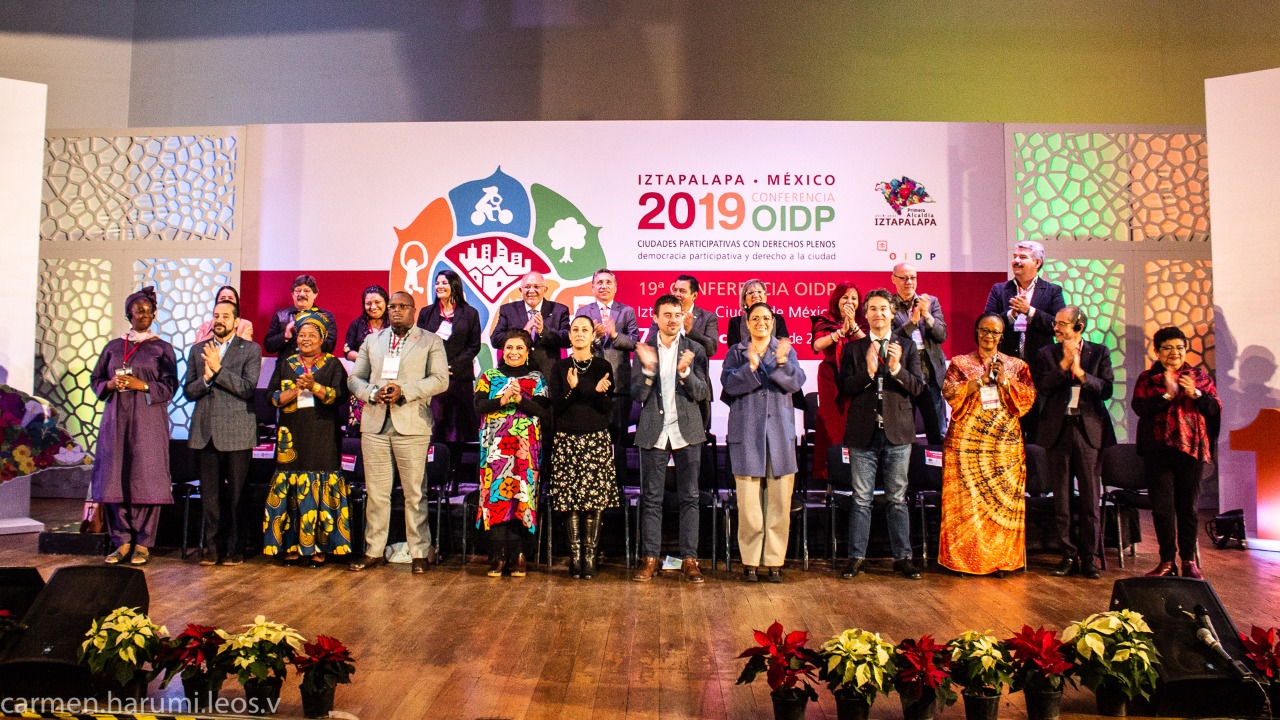 The 19th IOPD conference was held from the 8th to the 10th December 2019 in Iztapalapa, Mexico City, with the participation of more than 1200 people from 45 countries.

The mayor of Mexico City, Claudia Sheinbaum, participated in the official opening ceremony, with Clara Brugada, Mayor of Iztapalapa and President of IOPD and the IOPD Secretary General Mr. Marc Serra Solé. They were accompanied in the presidium by a representation of mayors and politicians from around the world and from Mexico.

Keynote address. The director of the play and the actors in dispute: Who and how do they decide and build cities today?

Roundtable: Citizen participation as an articulating force of society for sustainable development

Contribution of participatory budgets to climate adaptation and mitigation, from the perspective of the construction of the right to the city

Keynote address. The desired plot and the projected denouement. Societies and cities in co-construction. Local-global dialogue between the social and municipal agendas, Agenda 2030 and the NUA

Keynote Address - The stage. From the (neo)liberal city to the construction of democratic cities